These Old Glory guys have been sitting on my workbench for months and months. I started them off but just couldn't bear to finish them.This OG pack is a bit limited as there are too many advancing poses rather than skirmishing. 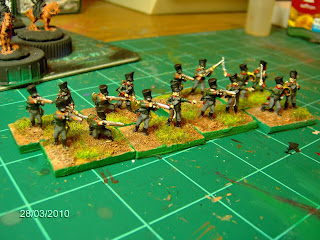 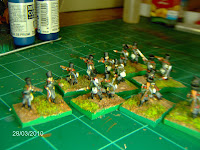 Completed two command bases. I obtained about 200 40mm diameter Poker chips/tokens from ASDA for £2, not a bad deal, although with three figures they look abit crowded. The first is Marshal Murat a figure by Fantassin with a AB ADC. I got Murat from a friend (thanks Paul!). I enjoyed painting him and I'm reasonably pleased with how he turned out but white uniforms certainly presents a challenge, so I think it will be a while before I start off an Austrian army. Murat is now ready to lead the light cavalry to glory! I may order some AB cuirassiers sometime in June to provide the heavies.
The second one is that of Marshal Grouchy with a hussar ADC and General. The uniform I chose for Grouchy is the one below. I used one of the AB generals but filed down his boots so it looks like he has shoes. Now I can use him for my 100 days campaign...can imagine him saying "do we march to the sound of the guns or what?!?" 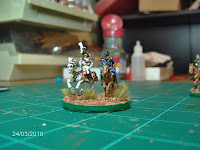 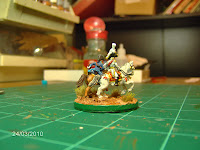 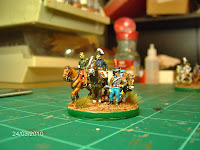 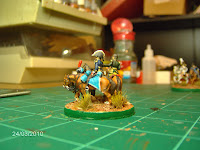 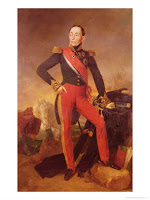 Well, here they are. These are AB 15mm figures from Fightin15s. It took a few weeks of stop-start painting but I eventually got them finished. I based these using the same size bases I use for the infantry which are 40x30. I stuck them to the bases using 'no more nails' and flocked them as usual. The new thing I tried was to make some reeds from this straw like material I got from Antenocetis workshop, can't say I did a good job - maybe I should have used fewer stalks and spread them open more?

If you click on the pictures you get a more detailed view. 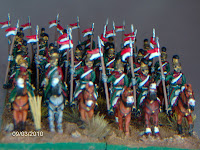 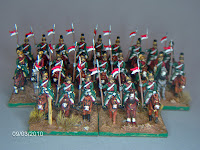 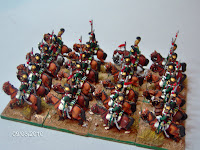 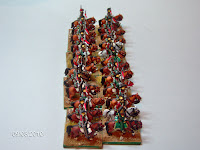