We went to Gibside Hall on the outskirts of Gateshead. We did quite a bit of walking here and there and hiding amongst the trees were re-enactors of the good old 68th regiment!The hall was built in the early 1600's and fell into disrepair around 1860. Back then it was the property of the Bowes family (Queen Mum's lot) and is now in the care of the national trust. The Sergeant allowed child number two and myself to have a bit play with a Brown Bess - a joy to hold and I can tell you with the bayonet fitted you're just looking for the excuse to run somebody through!! 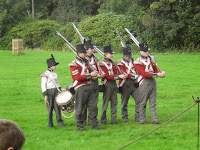 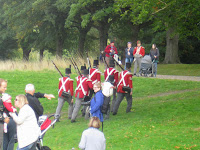 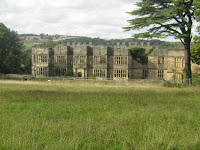 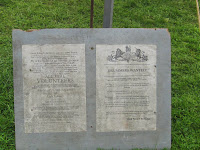 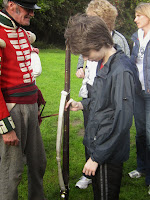 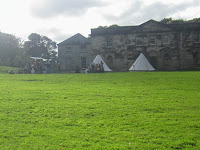 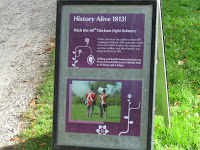 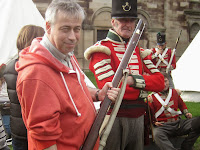 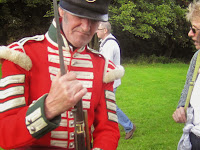 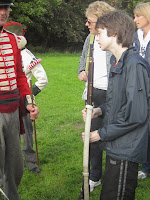 Here is the 1st battalion of the 4th Tirailleurs and I've put them together with their 2nd battalion and the 3rd Regiment. These painted up very nicely although I missed the buttons on the soldiers coats and the white piping on the front which I can never do. The officer on horseback is General Delaborde, one of the Young Guard Divisional commanders - all figures are AB's. 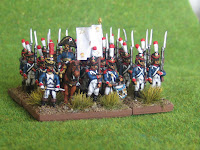 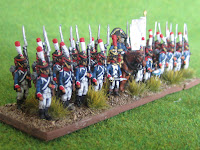 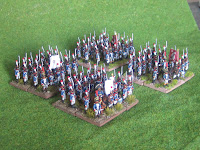 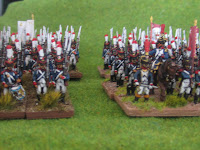 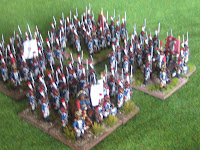 Each September I usually take the recently painted units out for a stroll on the kitchen table and more or less take a head count of my painting totals for the year. This time I've just checked my blog entries and counted up the little blighters. At 12 figures for a cavalry unit  (except guard at 18) and 24 figures for an infantry unit and four figures on an artillery base; plus 9 command figures - my maths works out at 497 figures.