These are Old Glory figures (AB officer and piper) with flags from GMB, the pose is that of assaulting so you don't get to see much of the cross-belts and piping. The 92nd regiment had a tough time of it at Quatre-bras, having left Brussels in the early hours of 16th June after giving a display of Highland dancing at the Duchess of Richmonds ball. They occupied the crossroads and then later charged the french troops at the farm of La Bergerie just down the road. During one of the french cavalry charges Wellington himself had to take shelter in their square. 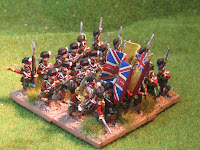 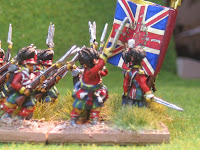 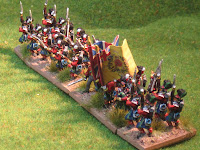 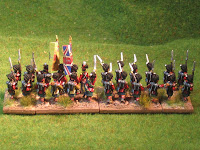 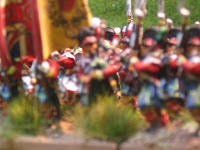