These chaps are AB figures and so is the flag. Again, another set thats been lying around my desk for ages. I particularity liked the swords on these figures which are often sculpted too small and give the impression of big knives! Blue Moon  cavalry figures seem prone to this error. AB have gotten the British heavies 'right' in this respect and are fine figures.

These were present at Waterloo and formed part of  Somersets brigade which comprised of 1st and 2nd Life Guards, the Kings Dragoon Guards and the Royal Horse Guards or the "Blues". These figures are sitting awaiting their turn, along with Ponsonbys Union brigade. 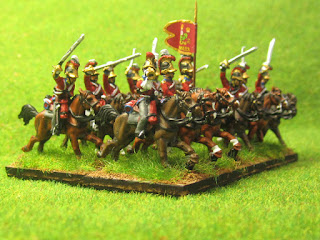 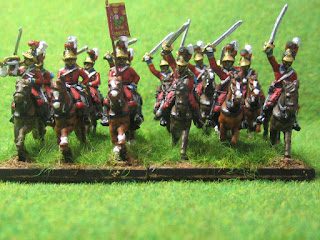 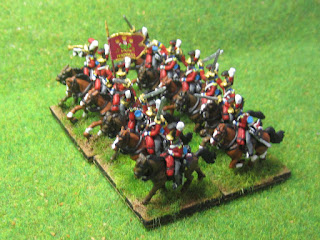 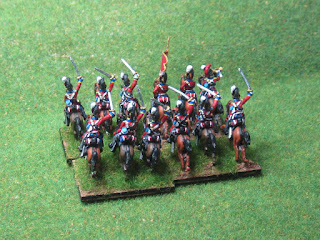