What do you think of this command base? The detail and quality of painting is absolutely amazing, have I been on a painting course? have I suddenly improved my skills? No, General Wrede and staff were painted by my good friend Paul from Napoleonic s in Miniature. This is the only unit painted by someone else, but I had the chance of getting something painted by his hand and here it is.

For a better write up, the story behind it and some better pictures visit Pauls blog : 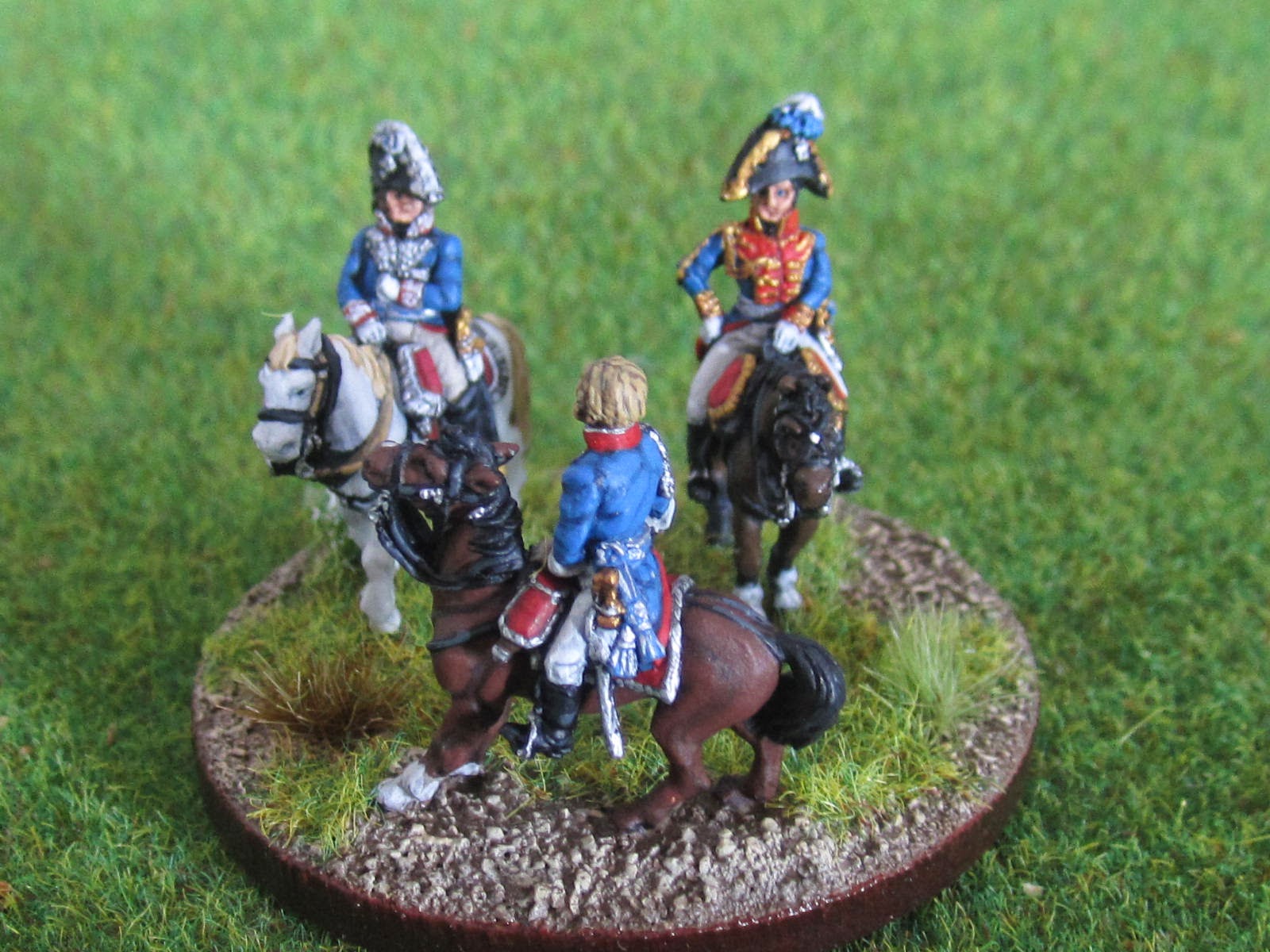 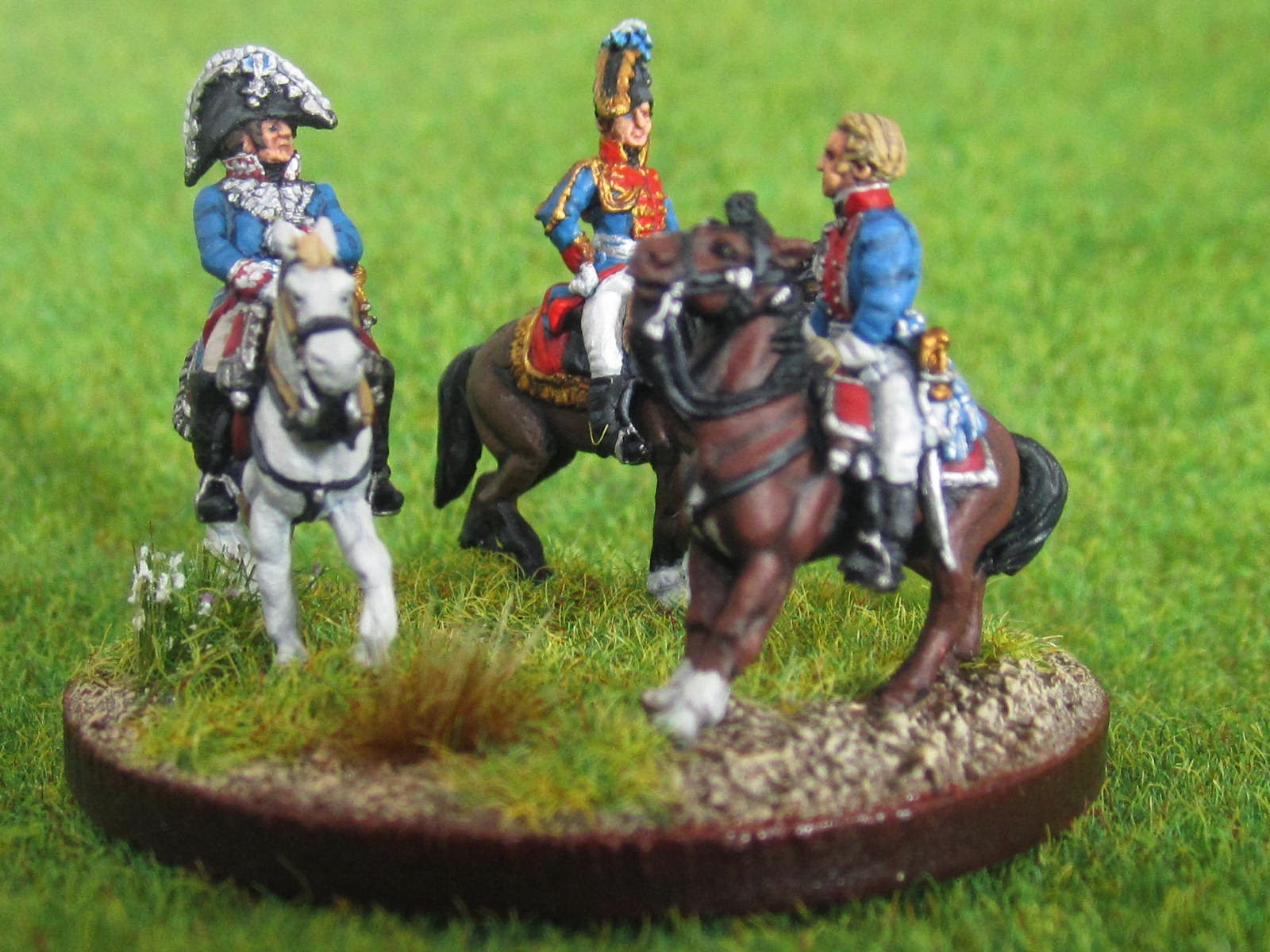 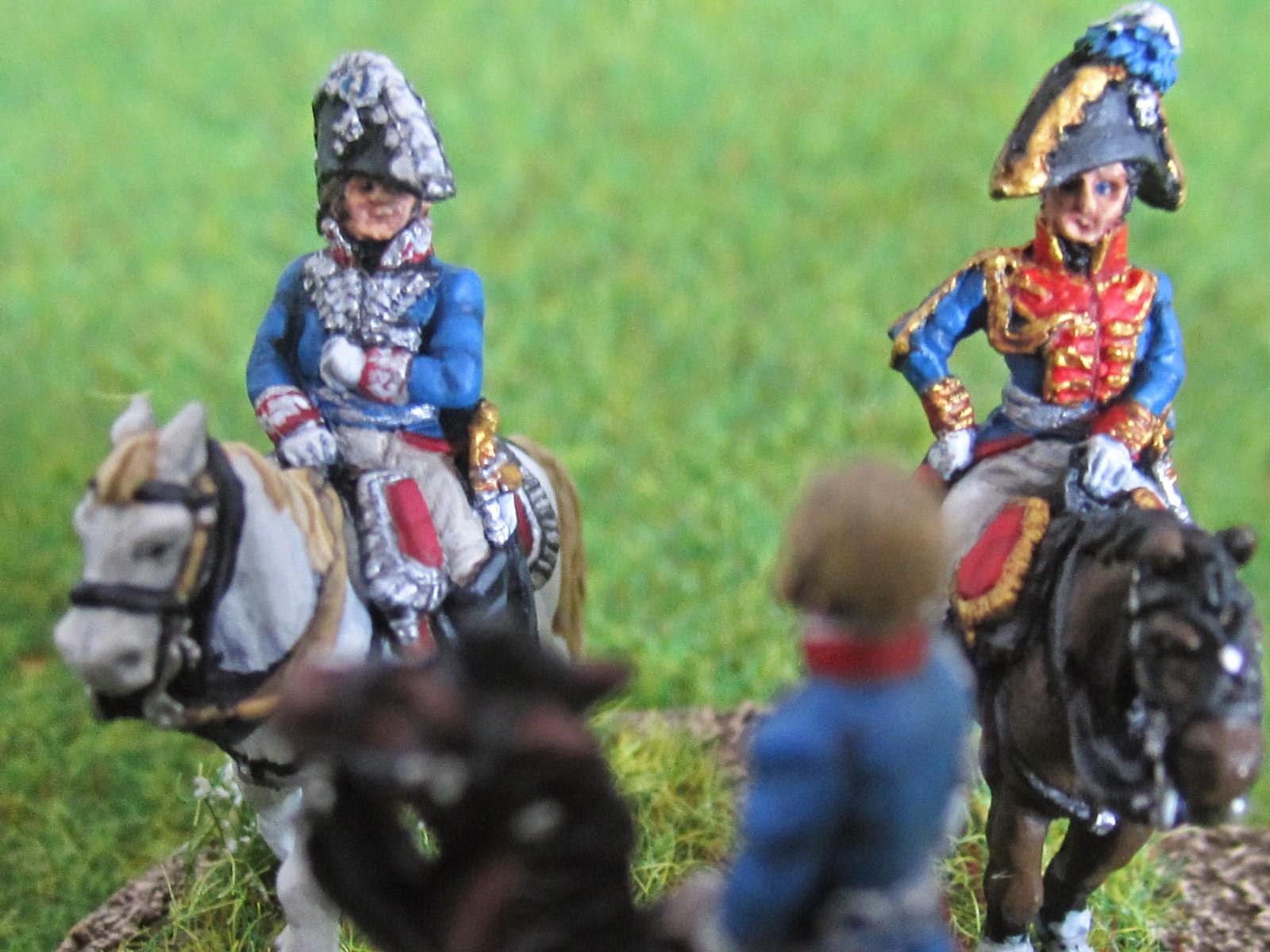 The campaign of 1814 officially delayed!

Looking at the amount of lead I have to get through for the May day game at Ayton is absolutely crazy! We are talking about 25-28mm figures: 3 x 36 man battalions and 50 Hussars and 10 gunners with 4 limbers and 2 heavy cannon. So 1814 will be delayed until mid-May at the latest. I'll post pictures of the game when i return.
Posted by Ken at 20:21 4 comments:

Well, after over a month of inactivity I have finally gotten around to doing some painting. I suspect I may have suffered a bit burn out from rapidly completing all those Russian units for the 1814 campaign. I still have a couple of Russian units to do. However, the big game at Ayton (near Scarborough in Yorkshire) early May holiday looms on the horizon. I have to paint up some units for that - these 25-28mm scale forces for the imaginations game, this will be my fourth trip to Ayton and it's something I really look forward to, the chaps I meet up with are very pleasant and sociable. So this will be three days of fun. The mornings and afternoons are packed with excitement from the games and the evenings are spent in the Denison Arms for food and later on the Forge pub.

We've had a bit bad news on that front - the landlord of the Forge sadly passed away a couple of weeks ago and the pub is now under new management. Peeler, one of the guys who organizes the Ayton game attended the church service and the wake, it was well attended since he was quite a popular chap.

I should really keep these a secret but couldn't help myself! My plan is to have two  versions of the same unit, basically a mounted and dismounted version. These two bases are part of the dismounted version, I suppose it's really a supernumerary type as its only intended to show where the hussars have left their horses while they go off on a mission and does not have a combat value. Together there are nine horses, three horseholders and two hussars running off to join their mates. 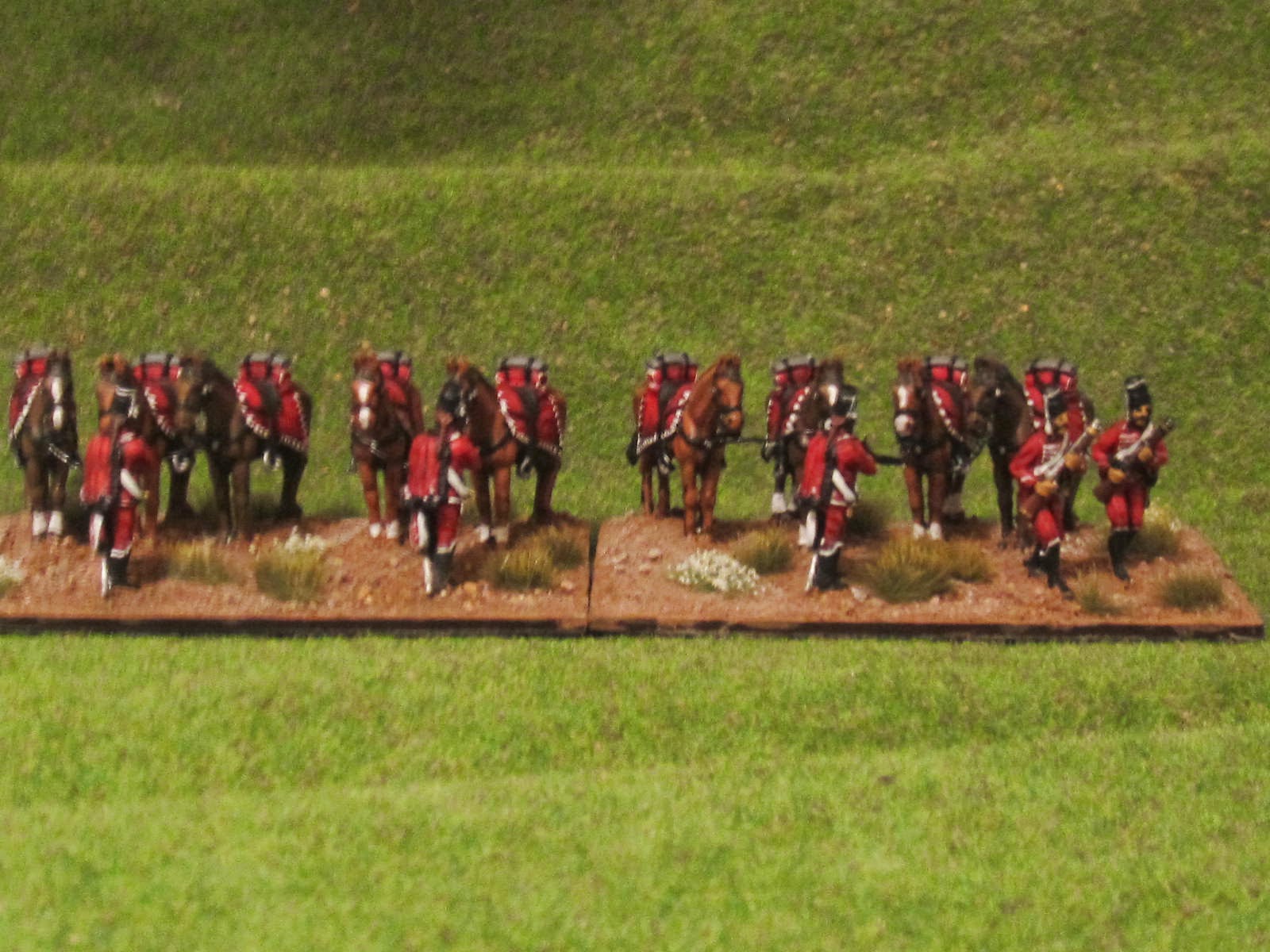 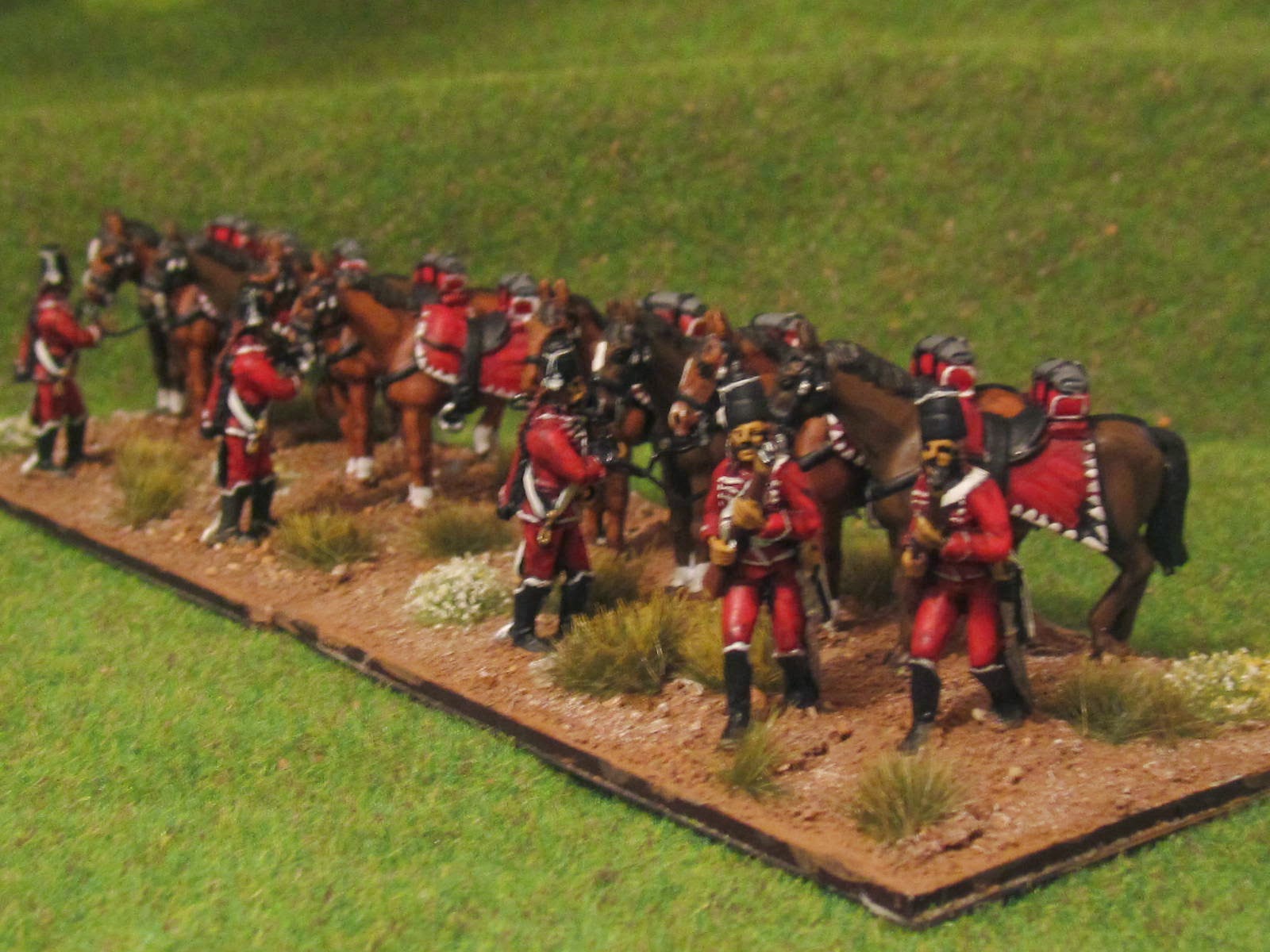 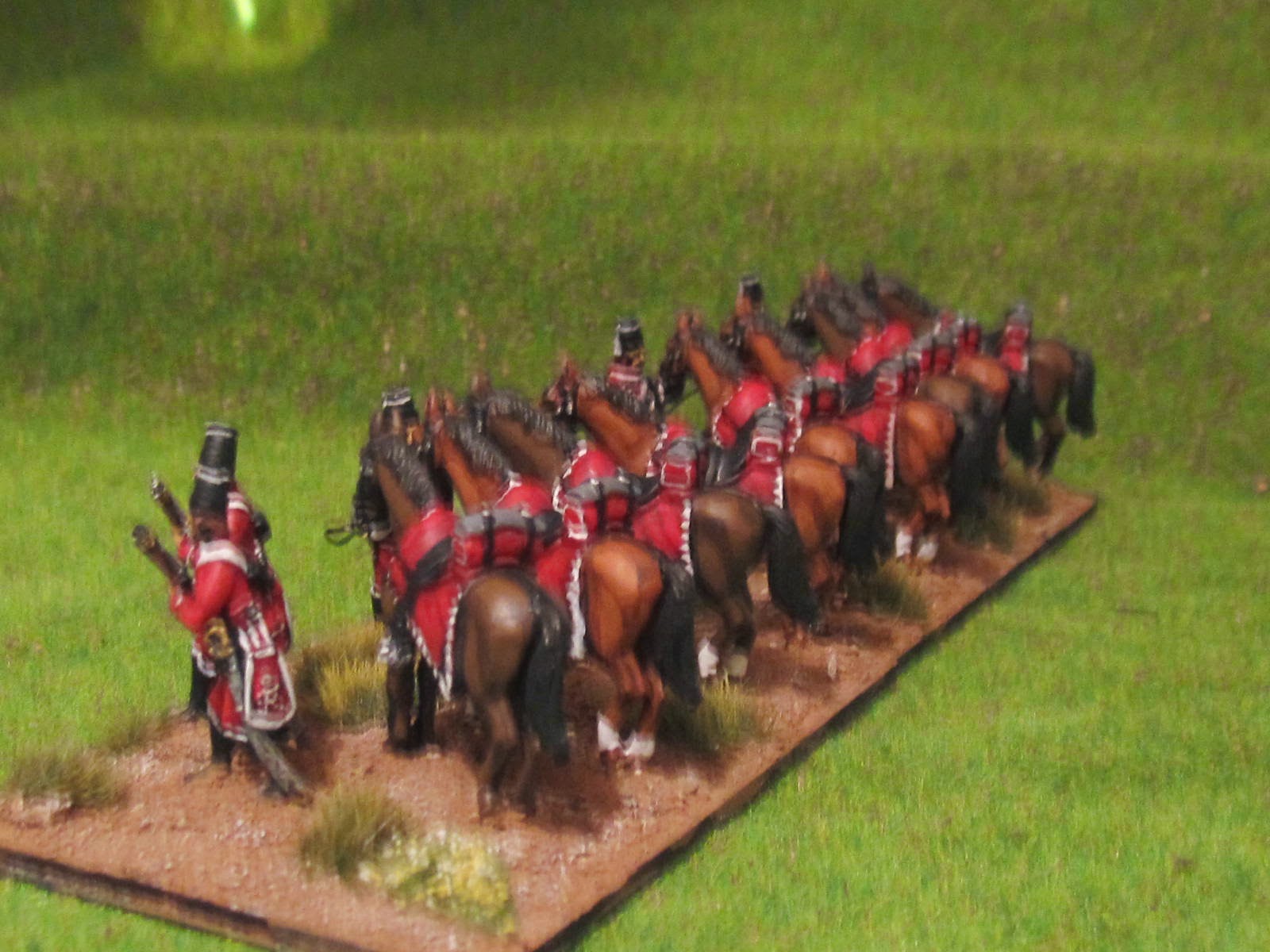 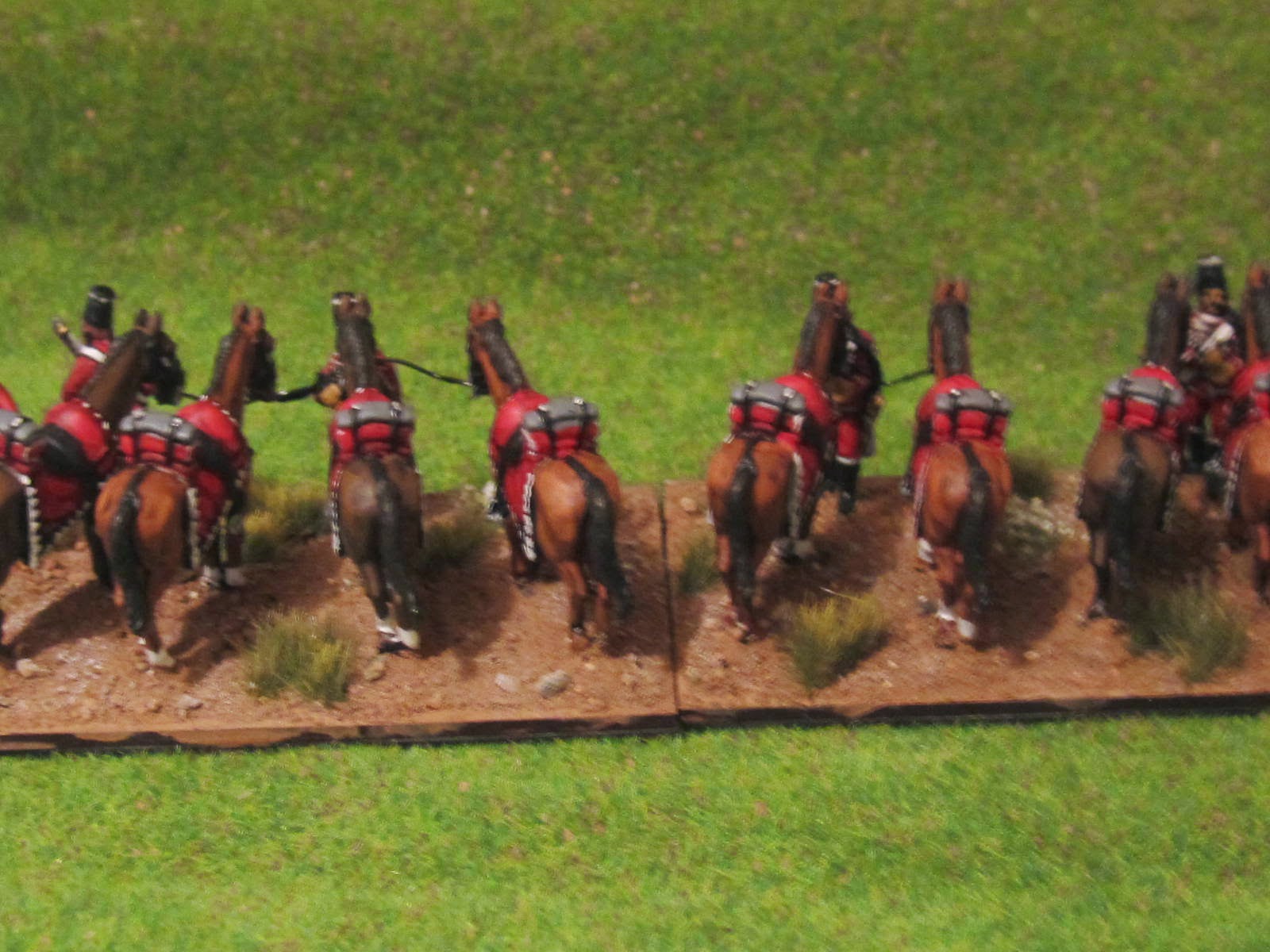 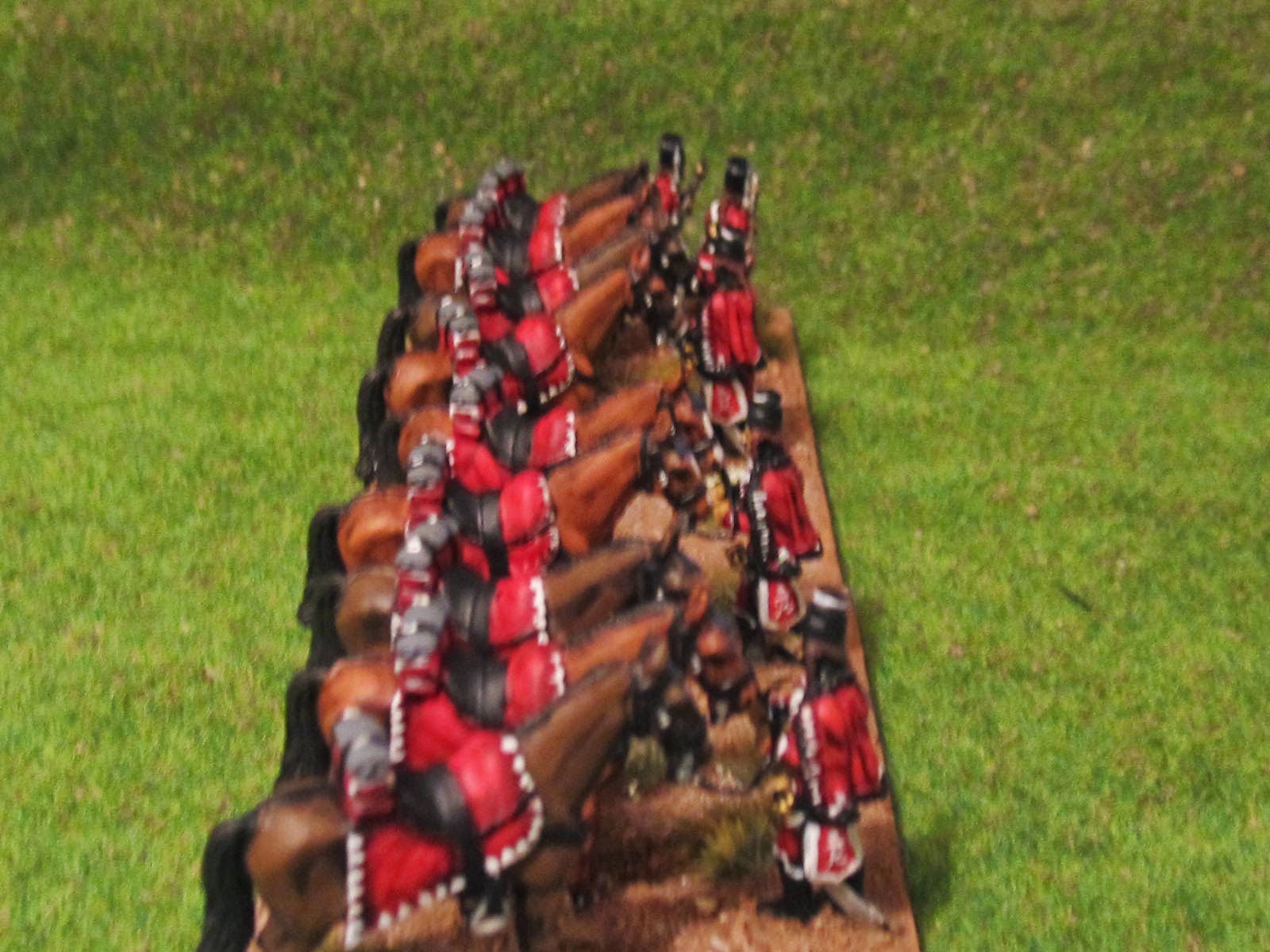 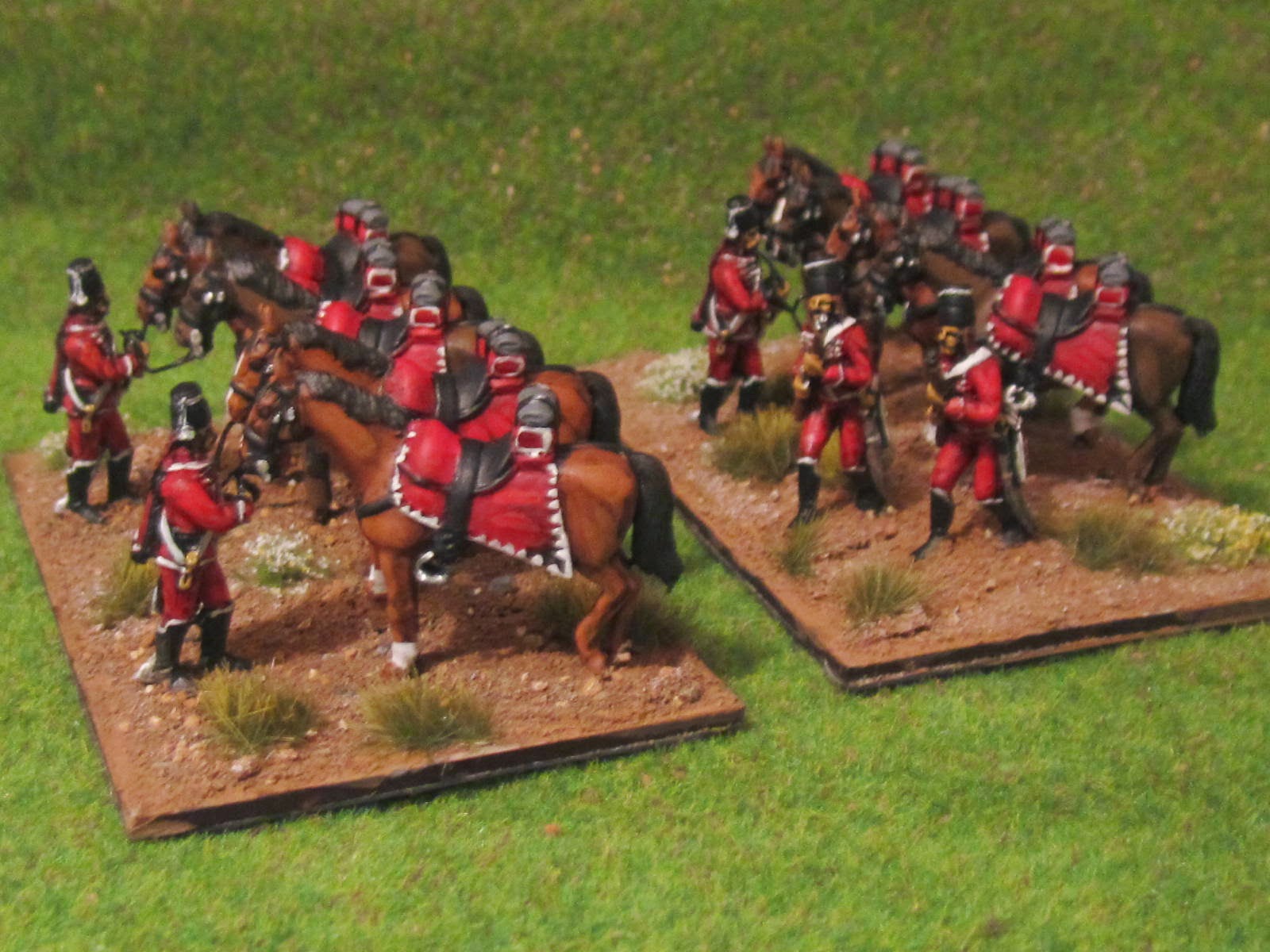