I've painted up these guys while I'm deliberating on the Champaubert scenario - as it stands its rather one sided, especially if the Russians do not blow the bridge at the beginning! I'm still not too convinced of which rule set to use, regiment versus brigade.

The figures are Old Glory and aint too bad. The flags are from maverick models, I probably should have removed the flag poles and given then new ones that are longer 9since the flags were a bit too big for the poles). Instead I just put a cut in the corner of the flag. There are four, 24man-units, that is to say two bags of figures (they came with command). They have red and yellow facings. 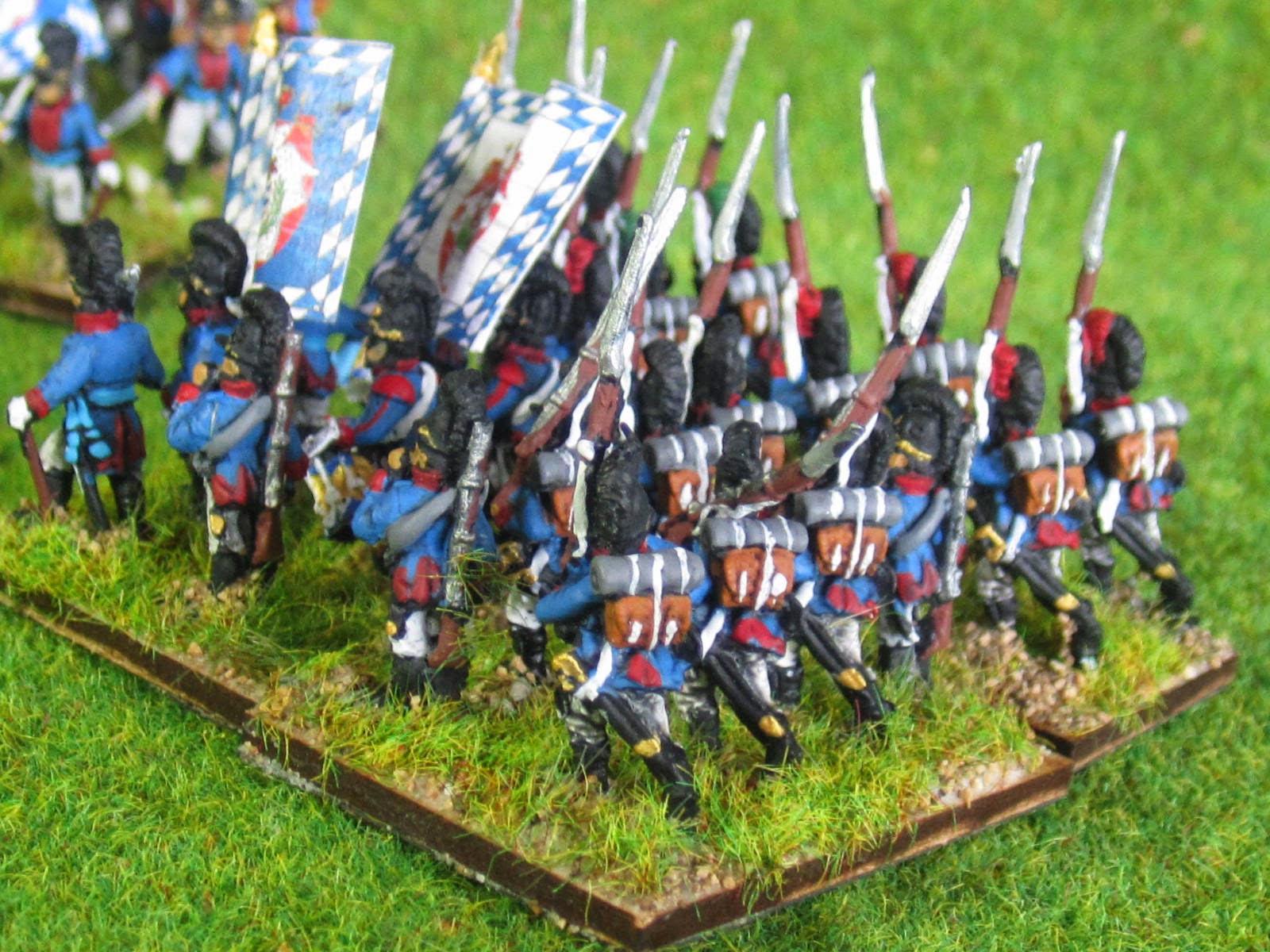 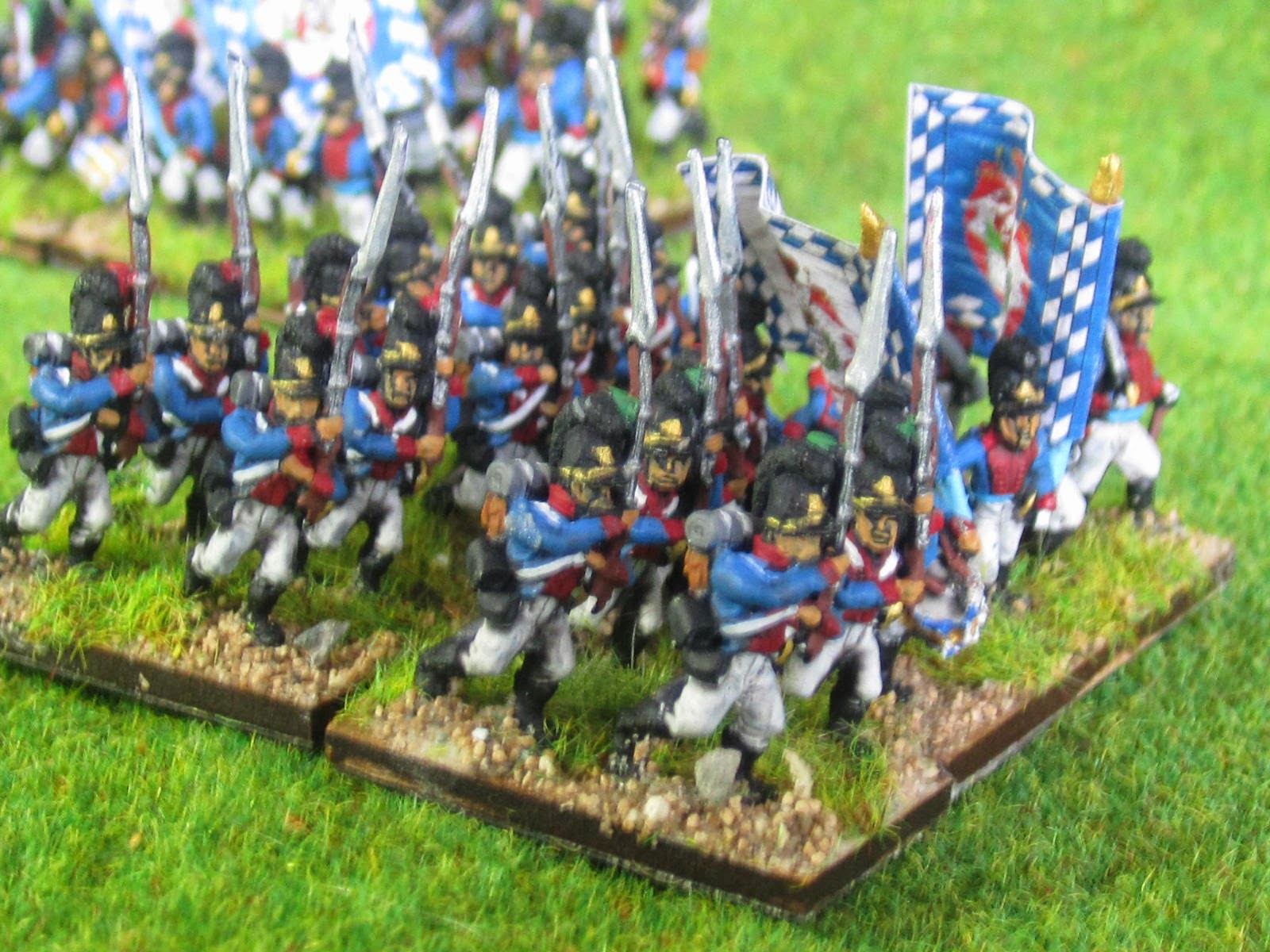 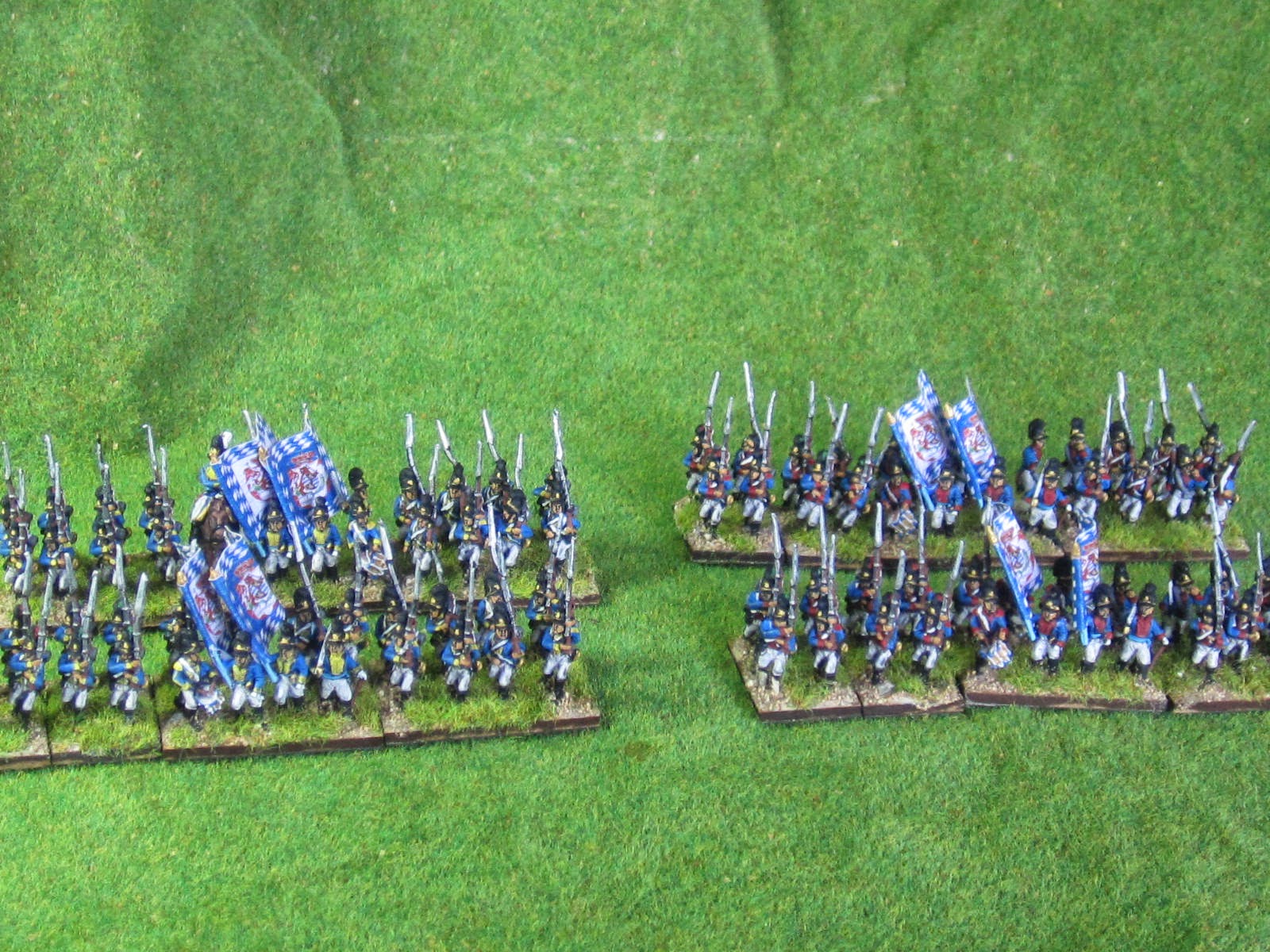 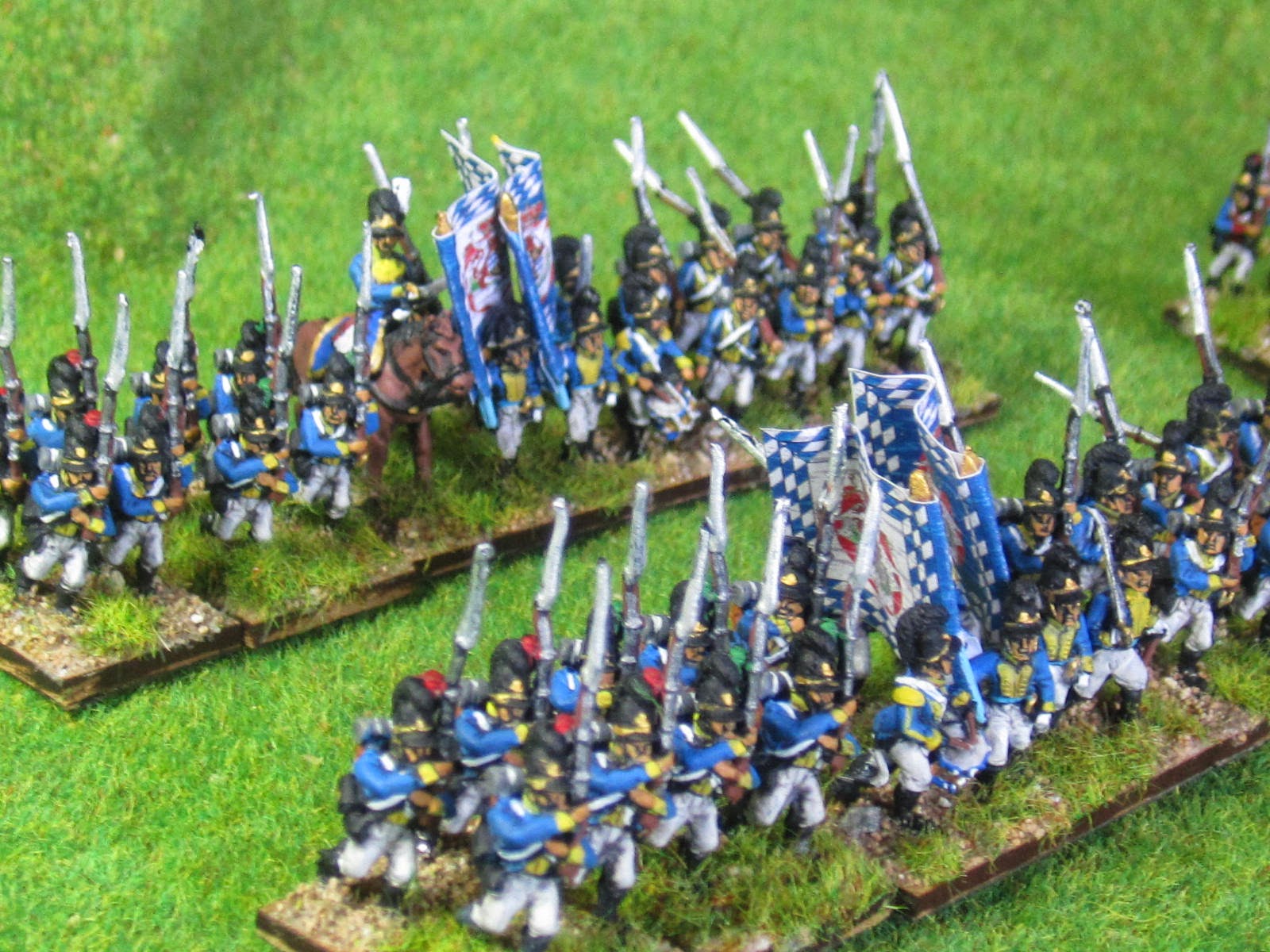 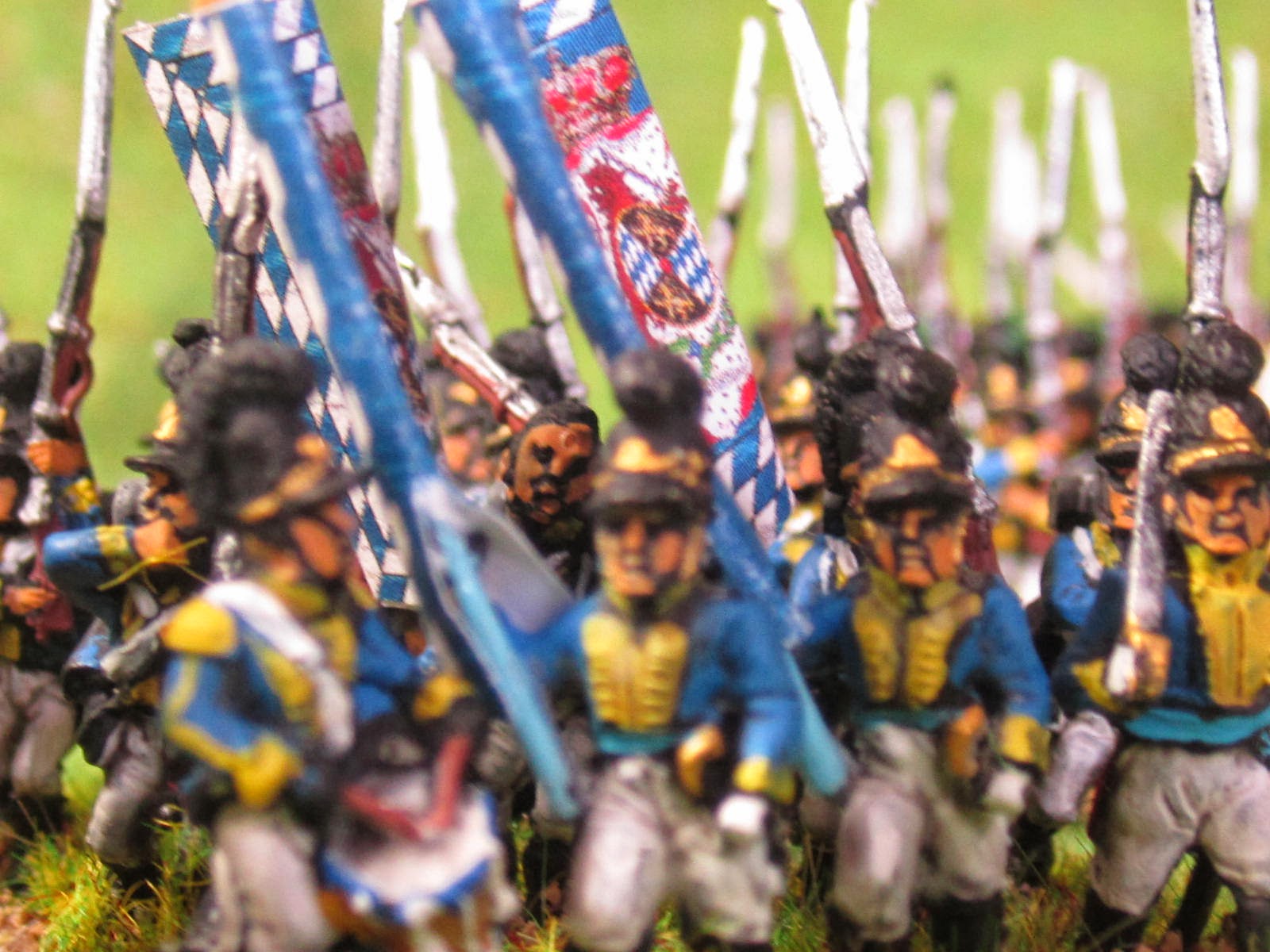 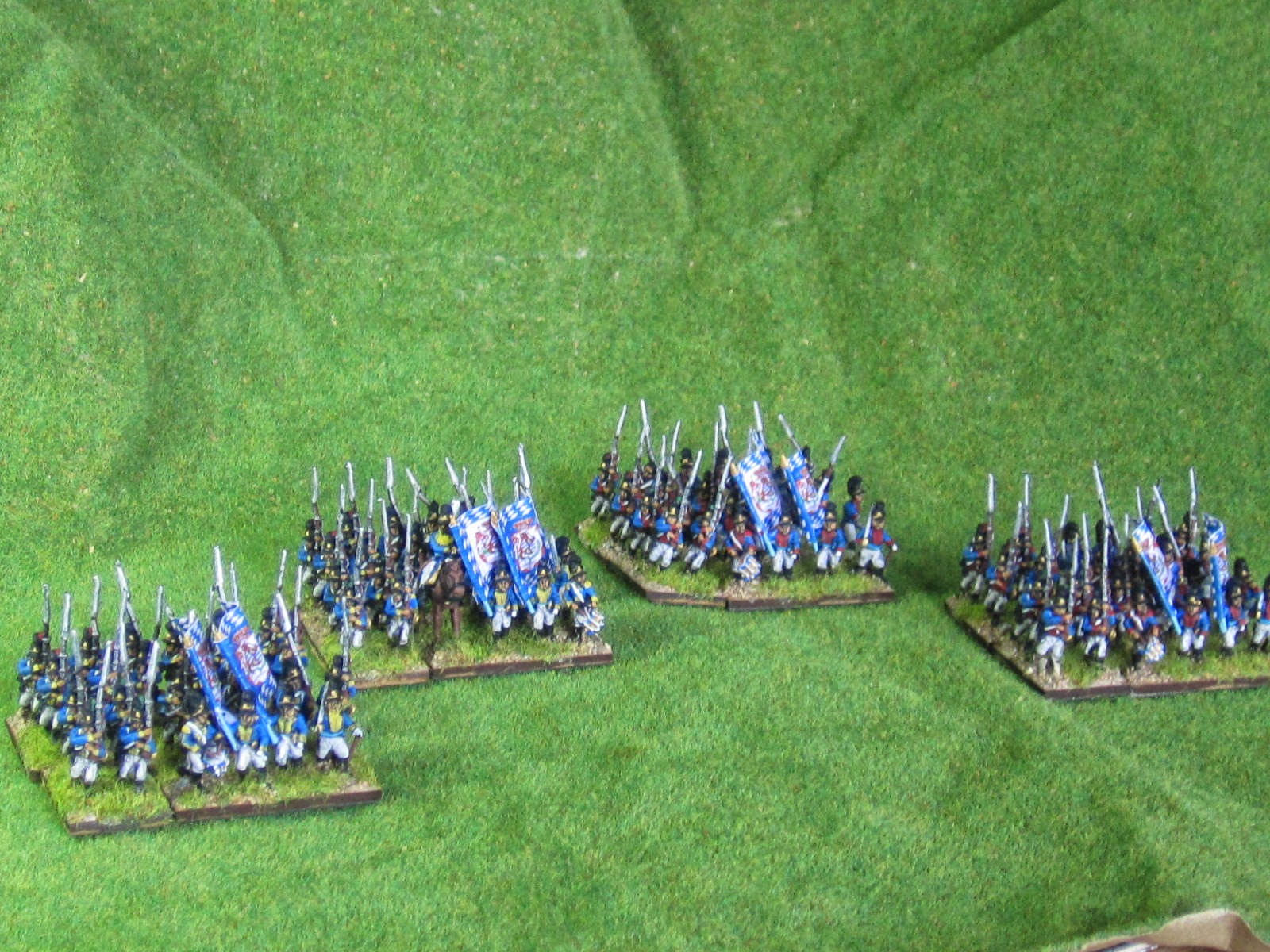