These are AB figures and had been kicking around on my workbench for nearly two months! I've had a bit of a painting block, not sure why really although I will say the last few weeks at work has been hectic.

This last unit completes the Guard Cavalry, I have both light and heavy now completed. I don't think I'll bother with the Guards D' Honour as they were a short lived unit (full of spoilt, rich kids anyway!). 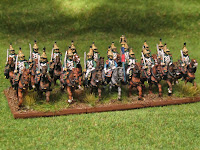 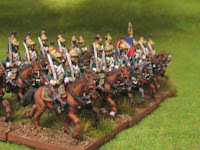 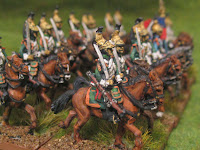 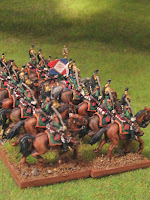 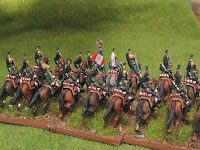 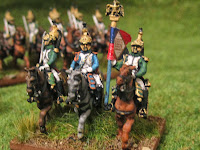