These are AB figures and are my first British infantry since doing 1/72 plastics years ago. They painted up easily enough, I wasn't too sure of all those cross-belts mind you! The flags are by Ian Marsh from Fighting15s, I had to paint the edges of the regimental colour where I was a bit careless glueing the flag on leaving a bit white at the edges.

I not sure if they served in the Peninsula but I just had to make this battalion - imortalised in the film 'waterloo' when  marshall Ney throws the colours at Napoleons feet! They made a welcome break from the hordes of Prussians and French I've been painting for the last couple of years. Next up will be the 30th Foot. 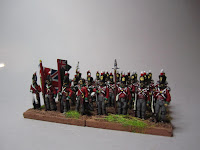 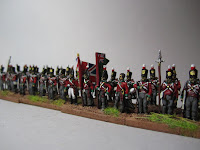 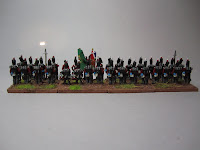 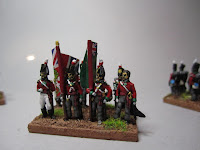 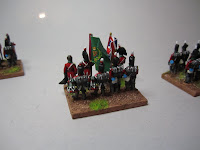 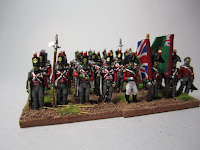 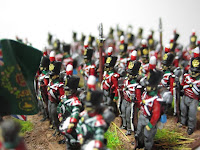 Again, AB figures and the unit is 12 men in strength. Lasalle and his friends on the command base will stand in for Pajol, who I'm sure was just as dashing and had the 'sacred spark'. They are trooper of the 4th Hussards and an ADC from the 5th Hussards(Hellish Brigade) - just looked at the pics after posting and I forgot to paint the pom-poms. 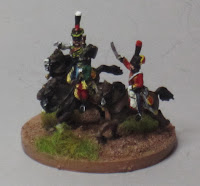 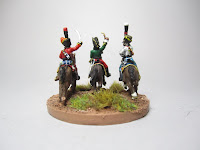 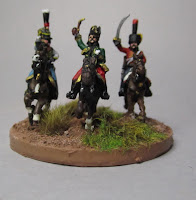 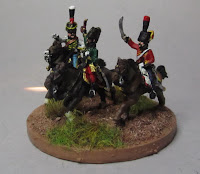 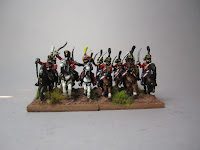 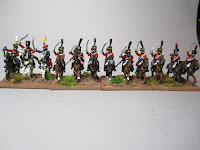 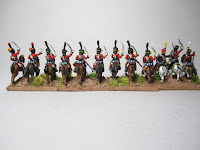 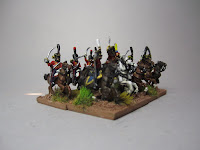 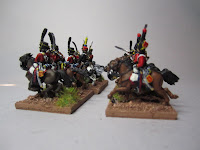 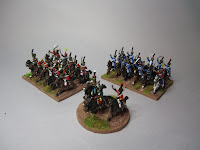 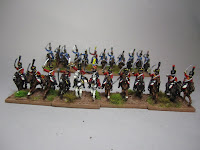 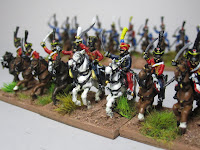 Here are a few photo's of the 1st Hussards, these are AB figures. I think they have turned out quite reasonable. The unit is 12 strong and of course does not have the impact of a 24 man unit but this way I can field entire corps - just a question of finding the right ruleset!

These guys had  a patchy history during the hundred days campaign, they were a part of Soults division in Pajol's cavalry reserve Corps but somehow got attached to Marshall Neys left wing operation on the 15th and 16th of June. In Andrew Uffindells book on Ligny there is a map of Quatre-Bras with the 1st Hussars present. Although I don't think they actually saw any action there. I tried the TMP website and someone posted a reply to say that no officer casualties occurred until the 20th of June at Namur. I would have thought all the French would have been long gone by then!

They later rejoin Pajols Corps in time to miss Ligny but may have been part of the scouting efforts to locate the Prussians. I have come across the memoirs of Pajol (Uffindell cites them) and in vol 2 he appears to talk about their detachment on the15th as a covering force to prevent allied flanking attacks. I'm using online translator software to convert from french to English but the sentences are a bit confused! 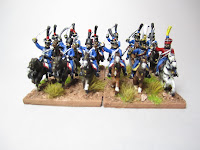 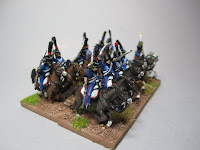 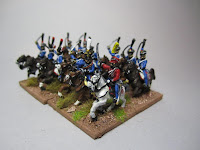 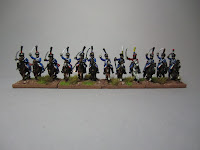 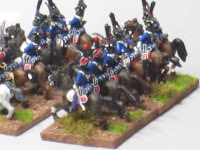 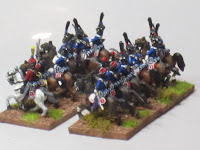 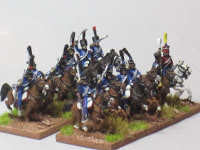