Back to painting 15mm figures after the Ayton game and it's 28mm loveliness. These figures had been sitting partly finished on my desk for weeks and weeks so I thought I'll settle myself in to the old scale with these figures. Here we have the 1st battalion of the 2nd Regiment Nassau-Usingen, they are old glory figures with the exception of the mounted officer who is a Warmodelling (Fantassin) Prussian officer. I've already painted up battalions 2 and 3. These battalions in actual fact were quite strong with about 900 men in each. I can't recall if this regiment was at Quatre-bras or not but certainly both regiments were at Waterloo. I think the difference may have been in the shako covers, one regiment had white or light covered material, so the story goes these were removed at Waterloo as it was felt they gave the French gunners an unfair advantage! The flag is by GMB. I'm a bit ashamed to say it but I rushed these and made a mess of the turnbacks. Anyway, heres a couple of pics of the battalion and the complete regiment along with their divisional commander Prince Bernhard. 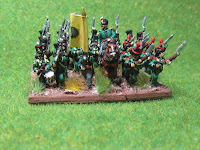 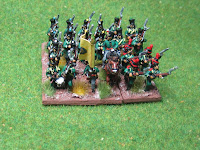 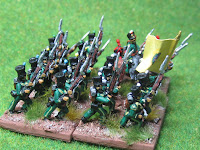 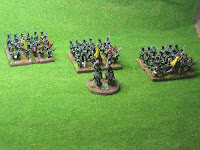 This is now a regular fixture in my diary, basically the guys who frequent the WD3 site meetup every bank holiday around May. The village of Ayton is near Scarborough in Yorkshire and is central to most of us. A few have a LOT of travel such as Scotland and down South. I first attended in 2011 and painted only one battalion for the Imaginations theme, for 2012 I had a small brigade of four battalions and three Ottoman units. This year the theme was the ACW and the majority of troops were from the collection of the umpire Tim. The participants brought troops from all over Europe and even their Imaginations! It looked a bit like something out of Jules Verne novel since a couple of the boys had brought some rather weird war contraptions.

Here we setting up in the village hall. It's a really nice, light airy venue with probably enough room for two such large games. We travel down on the Friday and spend an hour or so getting the tables ready. One of the chaps bought 3 or 4 table cloths for about £8 each and offered to sell them to us as wargame mats for £40 each! Bless! 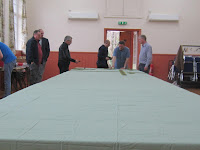 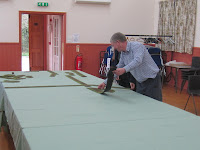 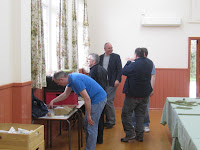 The all important drinks and snacks section. 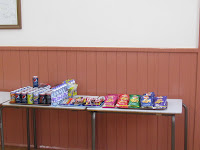 I think we are just about done. 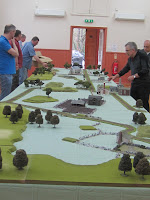 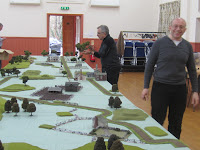 We then went to pub.

Next day the troops were positioned. Here are my Mexicans on the table. I then took photos of some of the others guys troops prior to entry of the table. A lot were reserves and didn't even make it into the game. I think the OOB had just under 3,000 28/25mm figures. Sunday afternoon at about 2:30ish we (Confederates) admitted defeat. My force of one Confederate brigade routed off piecemeal and my lancers were vaporized by three 12lb batteries. The white-coated Mexican line battalion routed. I then called a withdrawal on what was left. Plenty of stories and anecdotes to tell that night in the pub! 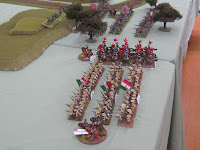 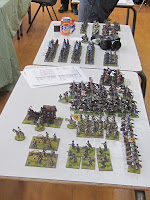 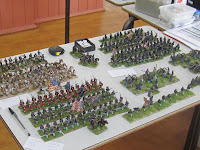 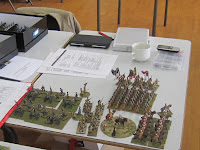 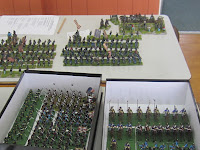 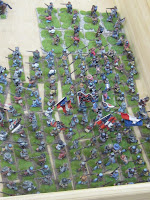 The game in progress... 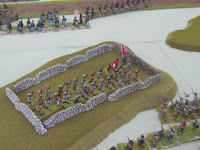 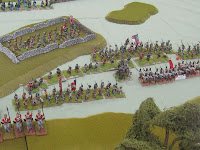 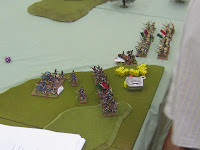 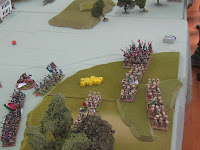 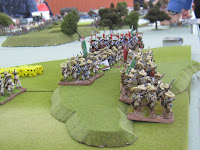 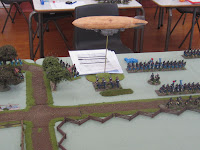 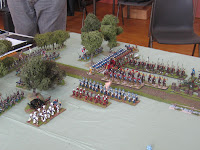 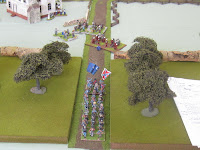 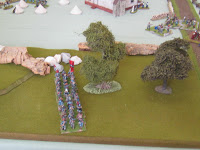 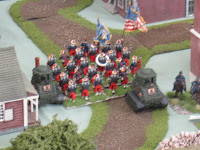 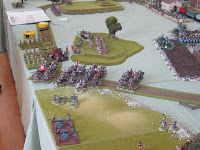 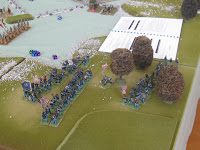 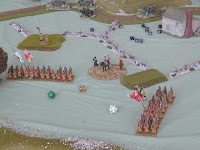 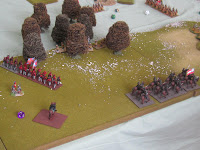