I haven't posted for a while as it's taken ages to complete this 36 figure battalion. It's the 11th regiment (I think) by Old Glory 25mm, they are from the Mexican war range of 1846. This period was a few years years after the Alamo as you can probably tell by the conical shako's. I couldn't find much on the web about this period even using google translate to get Mexican web sites!

They are painted up for the Ayton game in early May, they will be followed by 20 cavalry, 2 cannon, another regular line battalion and three militia battalions plus two command bases. The Ayton game is now a regular fixture in my calendar and is a great meetup of some very decent chaps from the WD3 forum. We spend the mornings and afternoons of the weekend gaming and the evenings are filled with excellent food, beer and company.

This years theme is the ACW but of course with it being Ayton a lot of the troops will definitely not just be blues and greys! I wanted something exotic and different so the Mexican army sprang to mind! They are based six figures to a stand but with two stands broken into two skirmish bases. 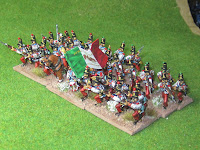 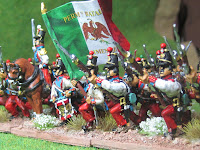 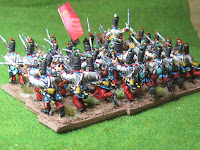 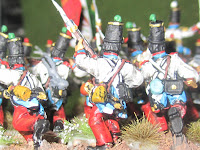 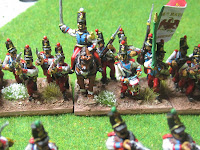 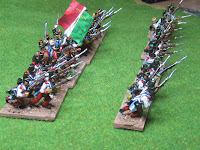 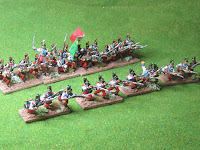 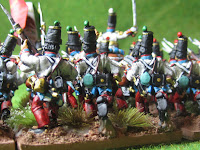 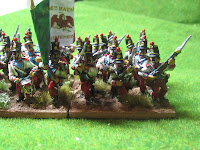 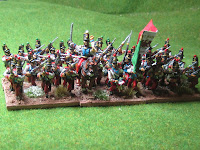