As a small diversion I've painted and based up a battery of AB horse artillery. Four cannons each with four crewmen. The flock is still wet! Anyway, this time I've placed them 50x40 bases - this fits in with the Lasalle scheme where a base width (BW) should be the same for infantry, cavalry and artillery. Of course several months ago when I based the Prussian foot battery I based then on 40x30 bases - trying to cram in as many cannons in a small space as possible. I can see the logic behind the Lasalle system, given the frontages of the repsective units. However, even with the larger bases, in reality these guys would be moments away from getting crushed by the recoil of the cannon! 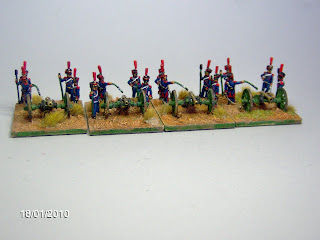 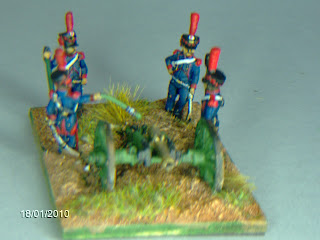 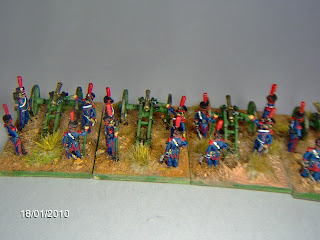 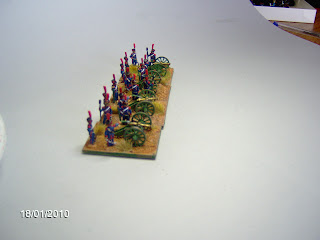 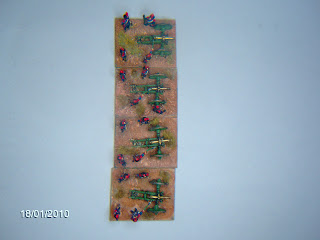 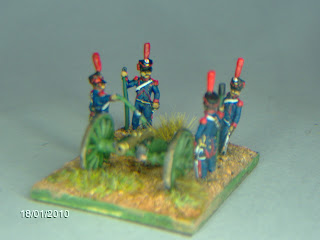