Although I really should finish my Prussian hussars I decided to paint up some British foot artillery, suppose its in keeping with the theme of this months previous output though. I sprayed the figures with Vallejo black primer but I've also gotten some Vallejo primer from a bottle. The cannons as you can see from the photos were primed this way and any places on the artillerymen where the spray has missed can be mopped up this way. Most of the photos were by Sarah again and she's started painting again as well - you can see her painting a metal lady we obtained from Vapnartak last year. I bought her some 1/72 plastic pioneers and pilgrims which you can see she has done quite well. 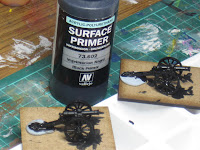 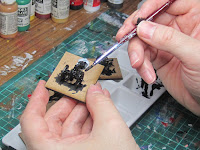 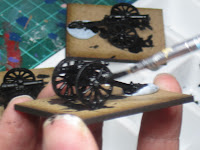 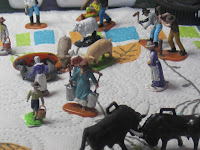 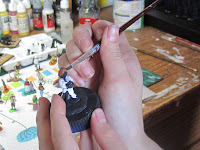 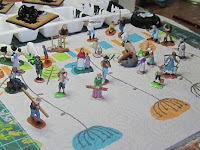