Just returned from the wargaming weekend at Ayton, I had a pretty good time and I'm looking forward to Ayton 2013 already! The weekend went way too quick for me, even with staying on for an extra night. The WD3 lads are a friendly bunch to play with and even better to share some food and beer with. This game had everthing from drunken pirates, elephants, camel guns and flamethrowers to flaming pigs! No, it wasn't fantasy but an Imaginations battle set in Byzarbia - this battle follows on from last years campaign.


I brought 4 musketier battalions with two light cannons, along with some ottomans: fanatic infantry, light infantry and a small regiment of arab cavalry. The musketiers did reasonably well but the honors go to the cavalry for briefly capturing a hill and driving off the gunners. These are shown in the big box below. More pctures will follow over the next few days - I didn't post anything in order to keep the enemy in the dark as to my forces. 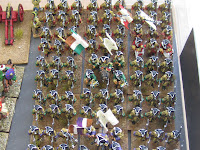 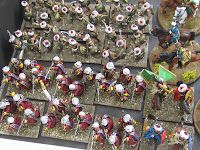 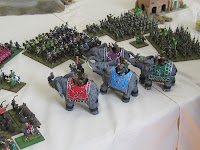 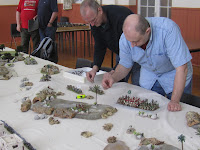 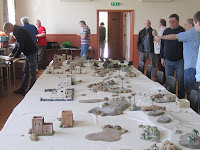 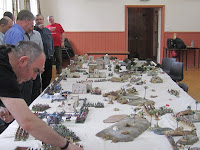