Here we have the three command bases for the Wheyeydian contingent. First we have Viscount Gascoigne (blue coat) and his second in command, these are JackDaw 30mm figures. These were at the first Ayton game and I just based them differently - I originally gave the bases a ghastly green colour without sand or rocks. The second base is the Brigadier General Newkey Brown (dark blue coat and waving hat!) who was originally an ADC to the Viscount but his excellent service in the first war led to promotion, these are Old Glory  25mm figures. The third base is of Haraam Amir of Al-Kuhul, allies of Wheyeydia. These are Essex 25mm Ottoman figures. 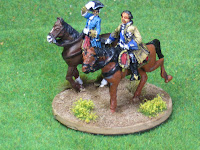 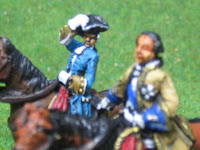 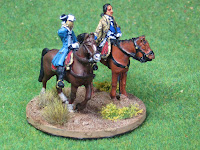 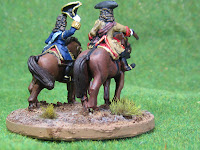 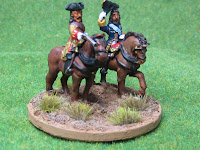 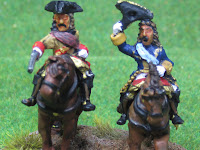 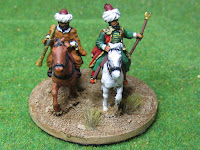 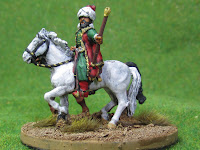 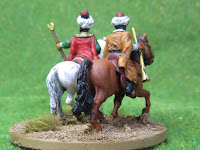