I got a bit weary of painting Brunswickers and so decided to complete this heavy Guard cavalry unit. They had been primed some months ago and had collected a fair amount of dust sitting around while less glamorous units were completed.

These are AB figures and were an absolute pleasure to paint, especially after five battalions of old glory brunswickers! I painted the officers and trumpeters with gold but the troopers were completed in aurora, this is a kind of orangey-pink colour but ended up looking plain orange! Looking at some of the old plates on the internet I think I'm not too far away from the intended effect. I've included the brigade commander (Jamin) in one of the command bases to add bit spice.

As you can see I've also added a divisional general (Guyot) to command them. Just need to paint and flock the bases. 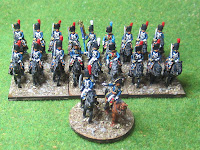 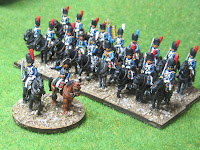 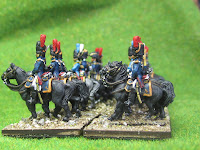 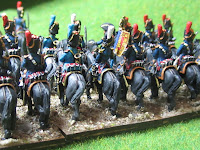 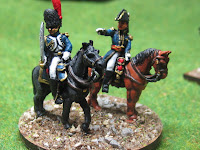 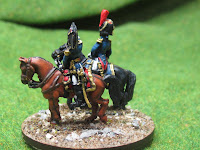 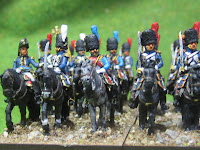 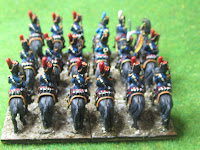