We got the troops out and doing a battalion count of new figures since last time (a year ago) I have painted up 6 x 24 man french battalions; 22 x 24 man allied battalions; 2 x Brunswick cannons (8 crew); 18 french cavalry. That's a total 692 figures in about a year, 2242 in total. We just set up the French and the new allied units - the Prussians had to sit this one out. The kitchen table was augmented with a wallpapering table and the green felt throw over just covering both. I think I could probably squeeze in another wallpapering table but wouldn't leave much room for a portly chap like me to move around! The first and last pictures are of the allied units, most of the pics were taken by my son (Ken junior) and daughter Sarah. 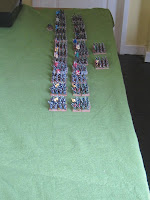 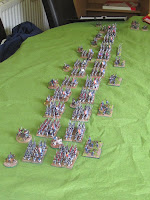 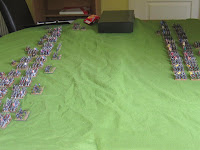 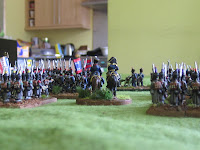 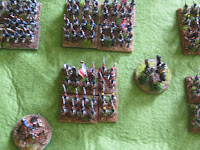 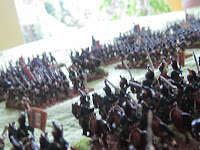 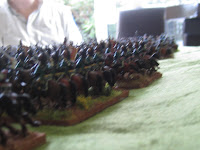 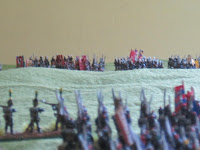 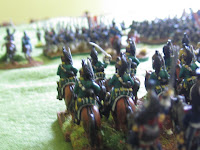 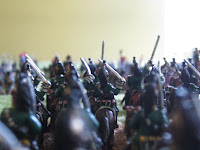 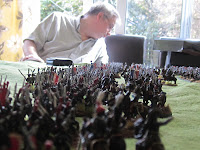 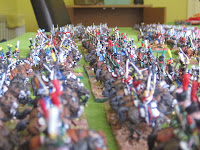 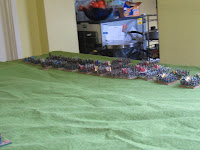