Here we have a few photos of the table setup for the very small skirmish at Champaubert - this was the first of Napoleons four victories against the allies. Although it looks small it is 5' x 6 ' foot.

I have missed the next battle in the campaign (La Rotheire) because I dont have any Austrians, Bavarians or Wurrtemburg troops painted! I will go back to it once these troops are ready.

As I say this is only a skirmish really compared with the other battles - the Russian commander Olsufiev had only around 4,000 infantry,  24 cannon and no cavalry to speak of. He should really have withdrawn, blowing up bridge to gain time. As it turns out he disobeyed orders during the battle of Brienne and nearly got Blucher captured! So rather than face another dressing down he followed his orders to the letter to hold Champaubert despite the fact he was really outnumbered. 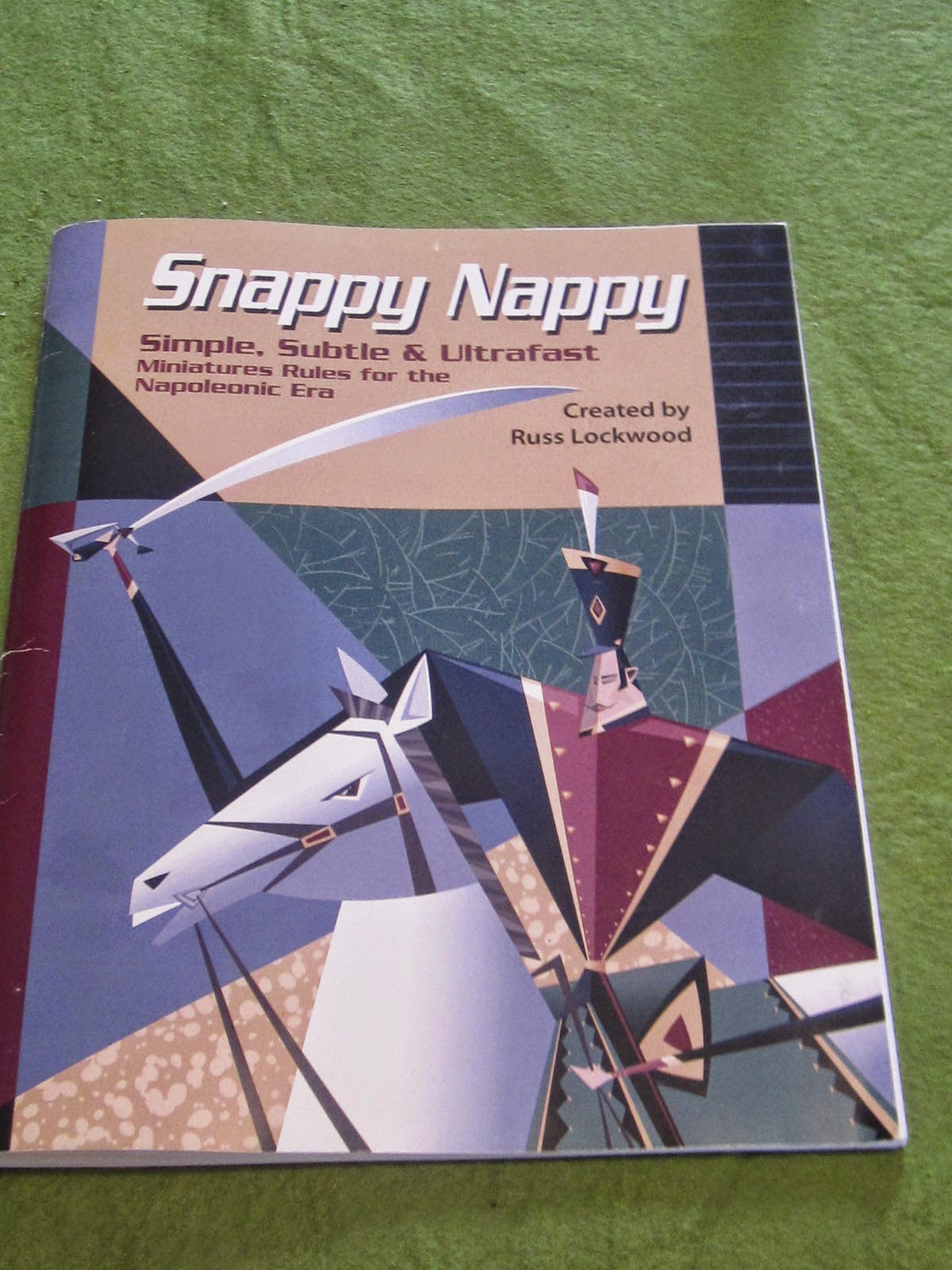 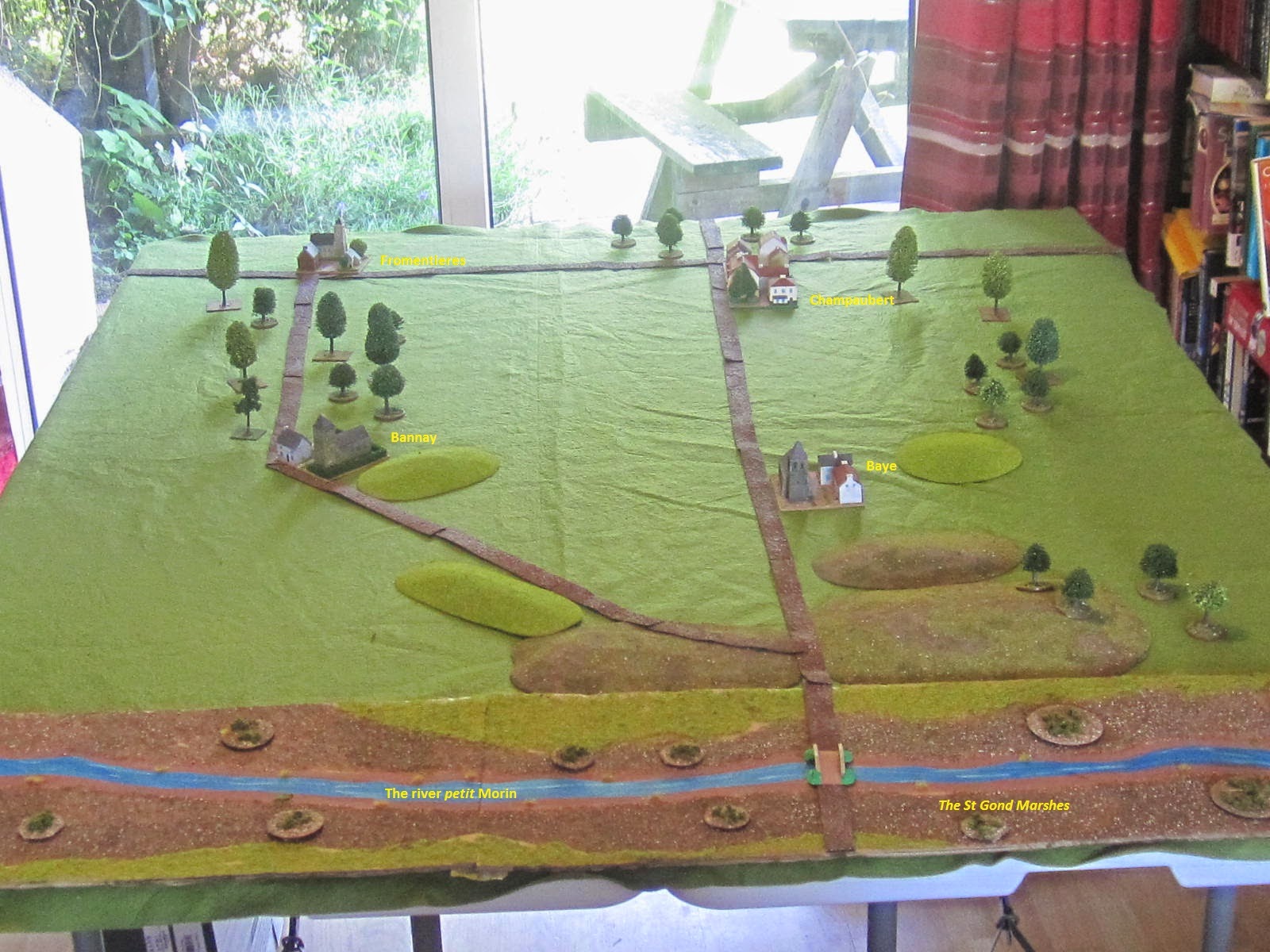 Grand view of the battlefield 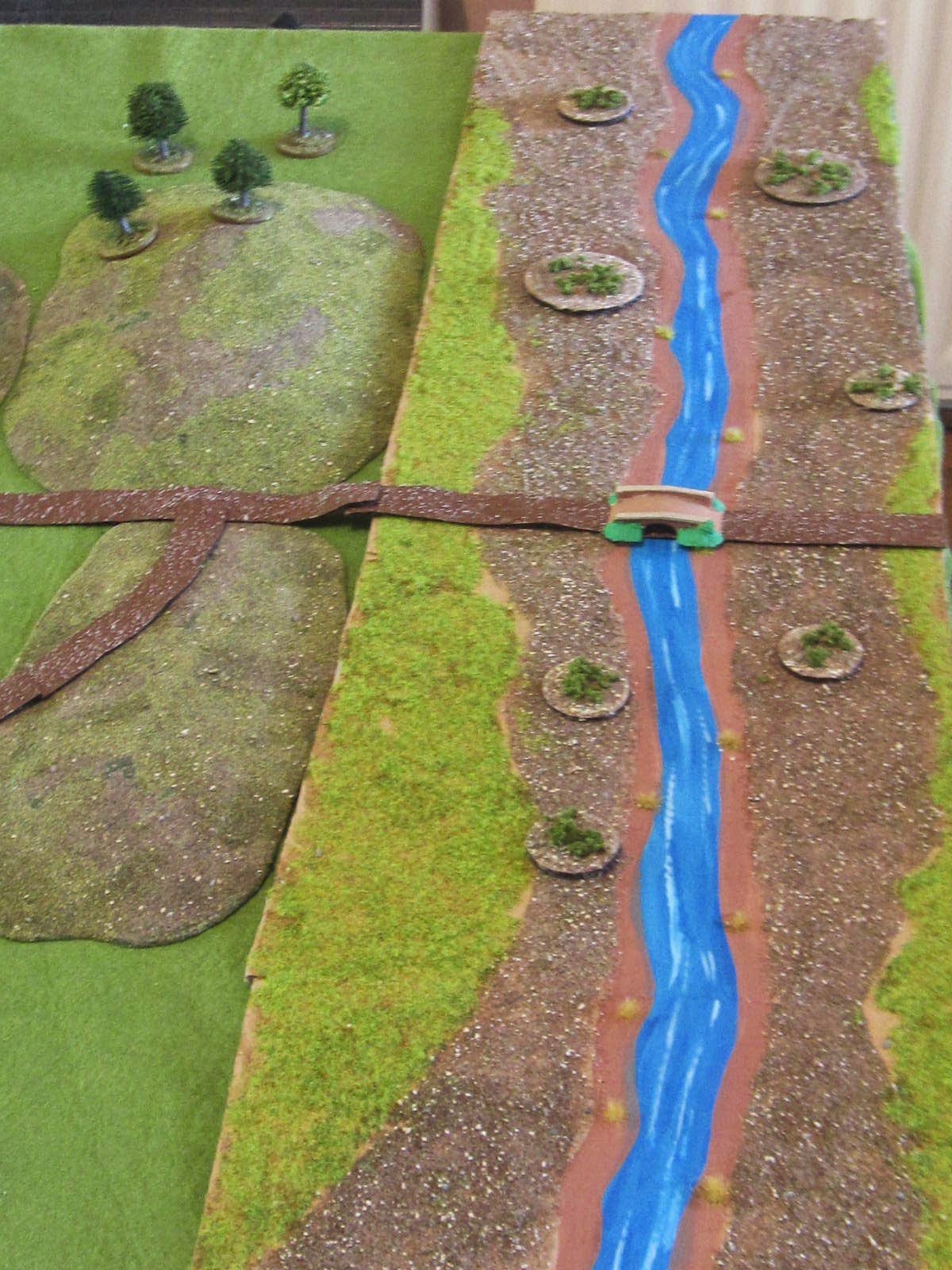 The river Morin and the St Gond Marshes - impassible except over the little bridge. As you can see its just a big piece of cardboard with scatter and grass. 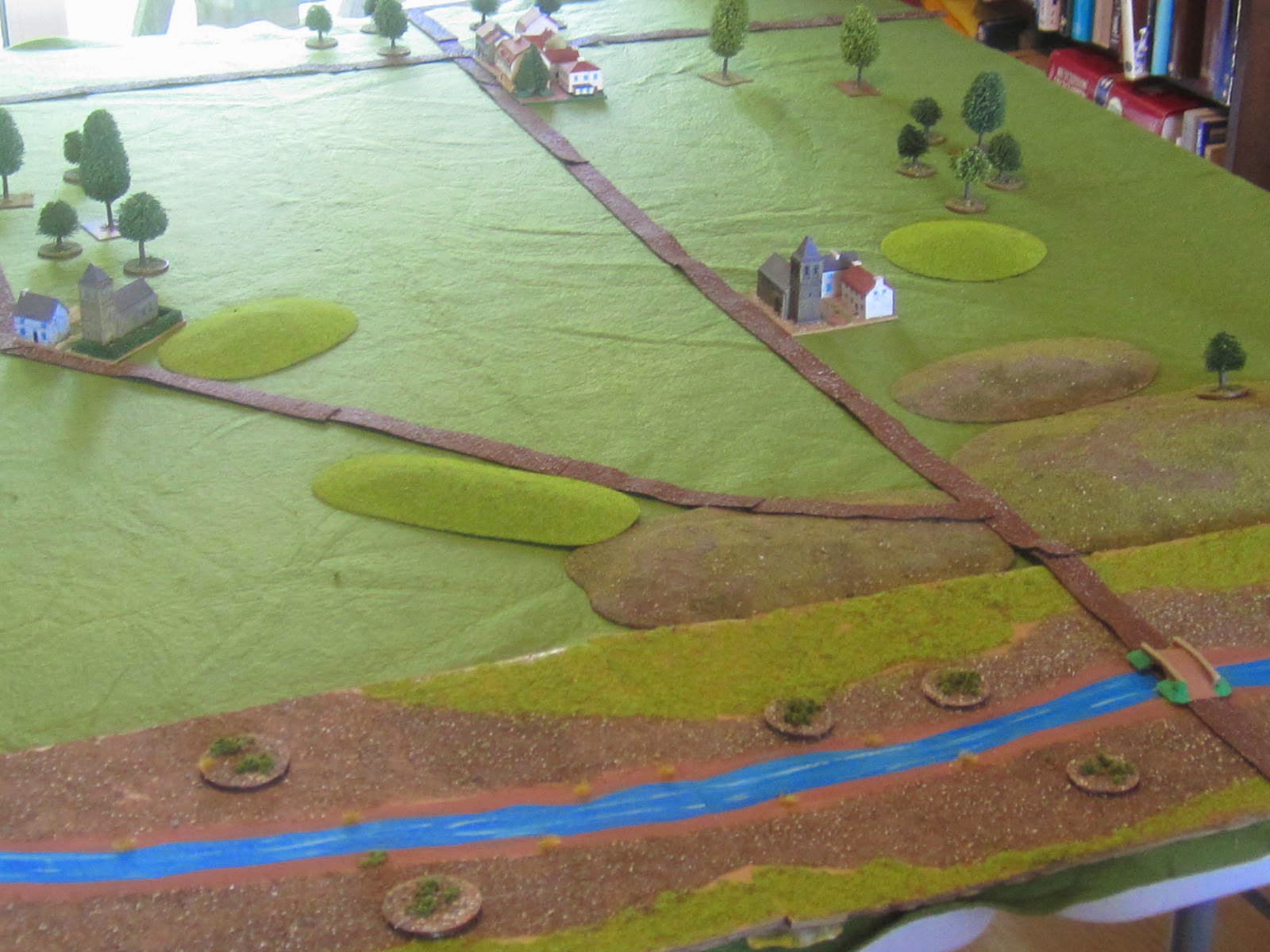 The two villages of Bannay and Baye that formed the Russian defence.
Posted by Ken at 17:59