Finished off the last two command bases for my Mexican army. The chap with a lance and all by himself is for a special pre-game interlude. We are going pig sticking! the rules seem fairly simple and fun from a first read. Basically each player has a figure either mounted or on foot using either a lance or pistol. Several markers denote the presence of a pig. Once the players miniature is within close range a dice is thrown to reveal a piglet, sow or a boar. Rules then govern 'combat' with either the player or the piglet winning! Points are awarded for the number of pigs killed, collecting points is not much use if your chap is wounded or gored to death by an angry piggy. 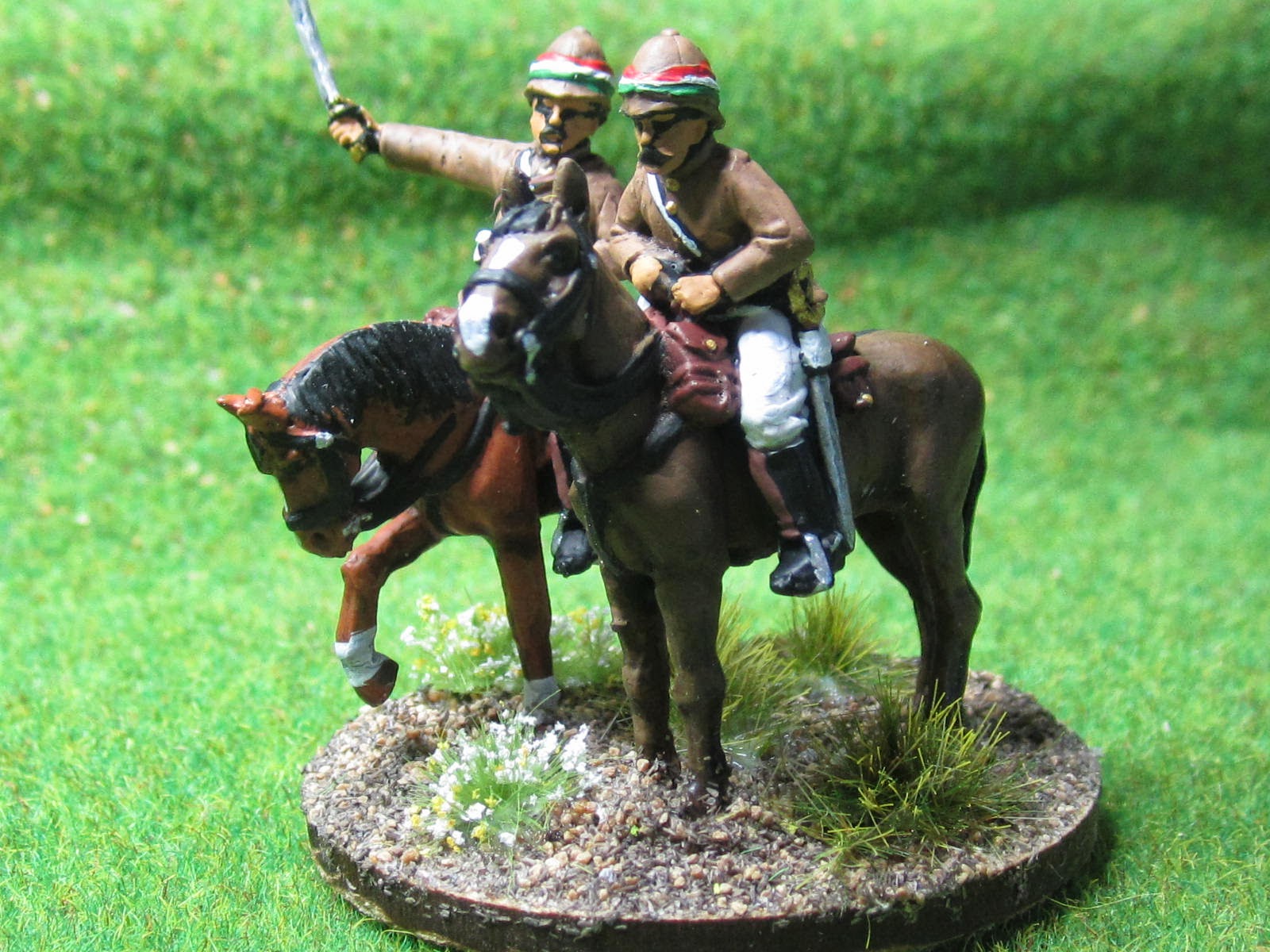 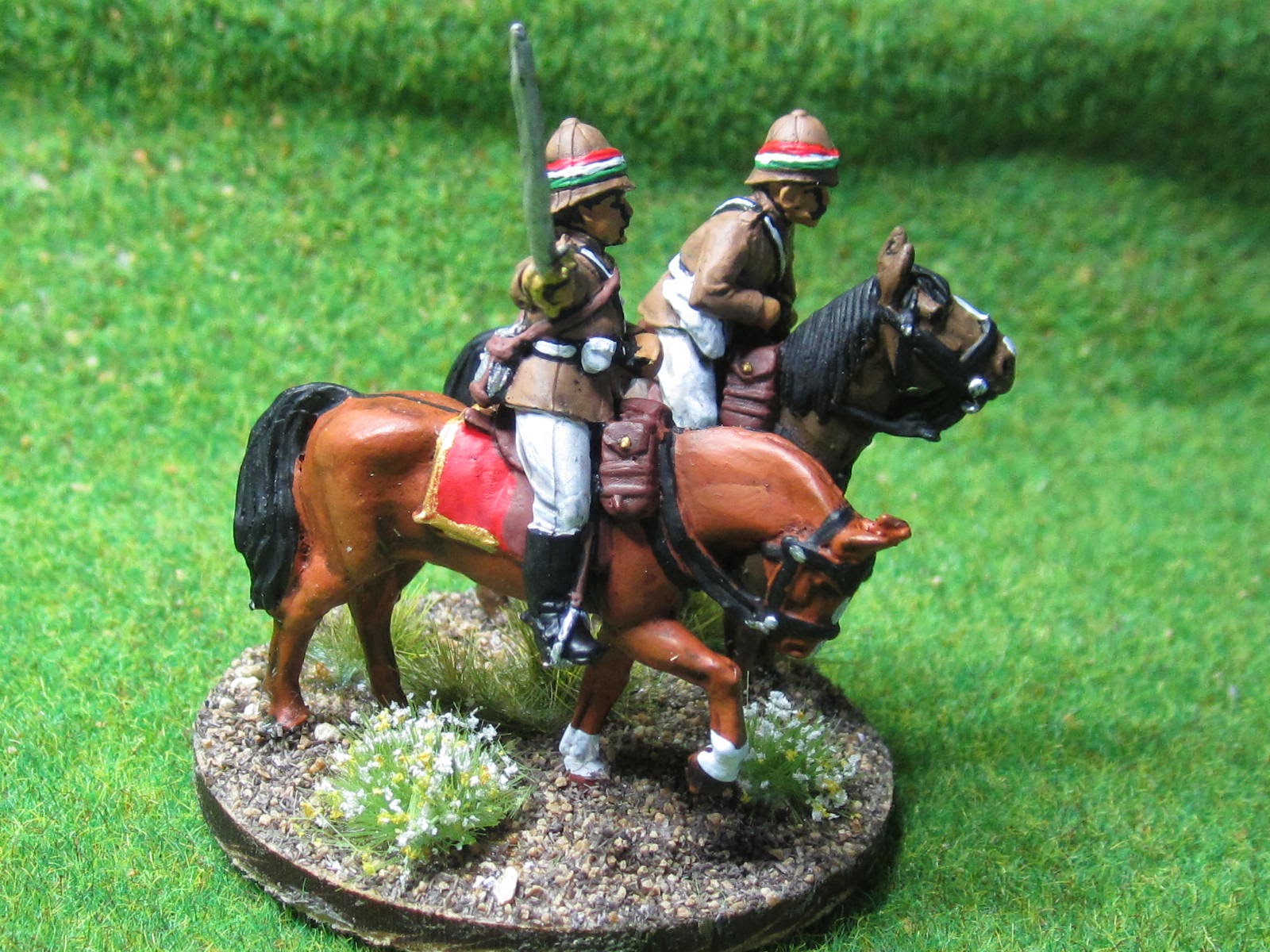 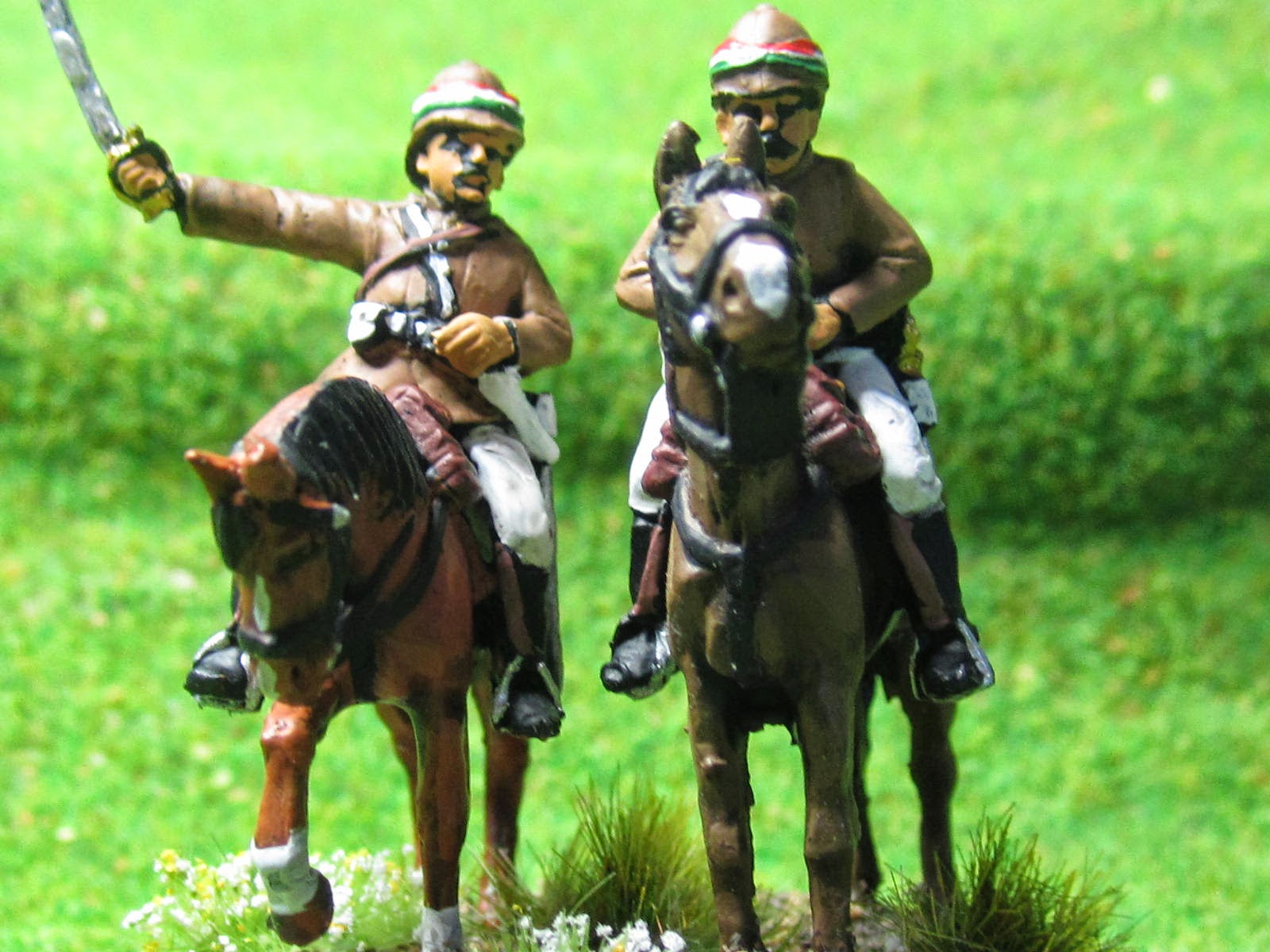 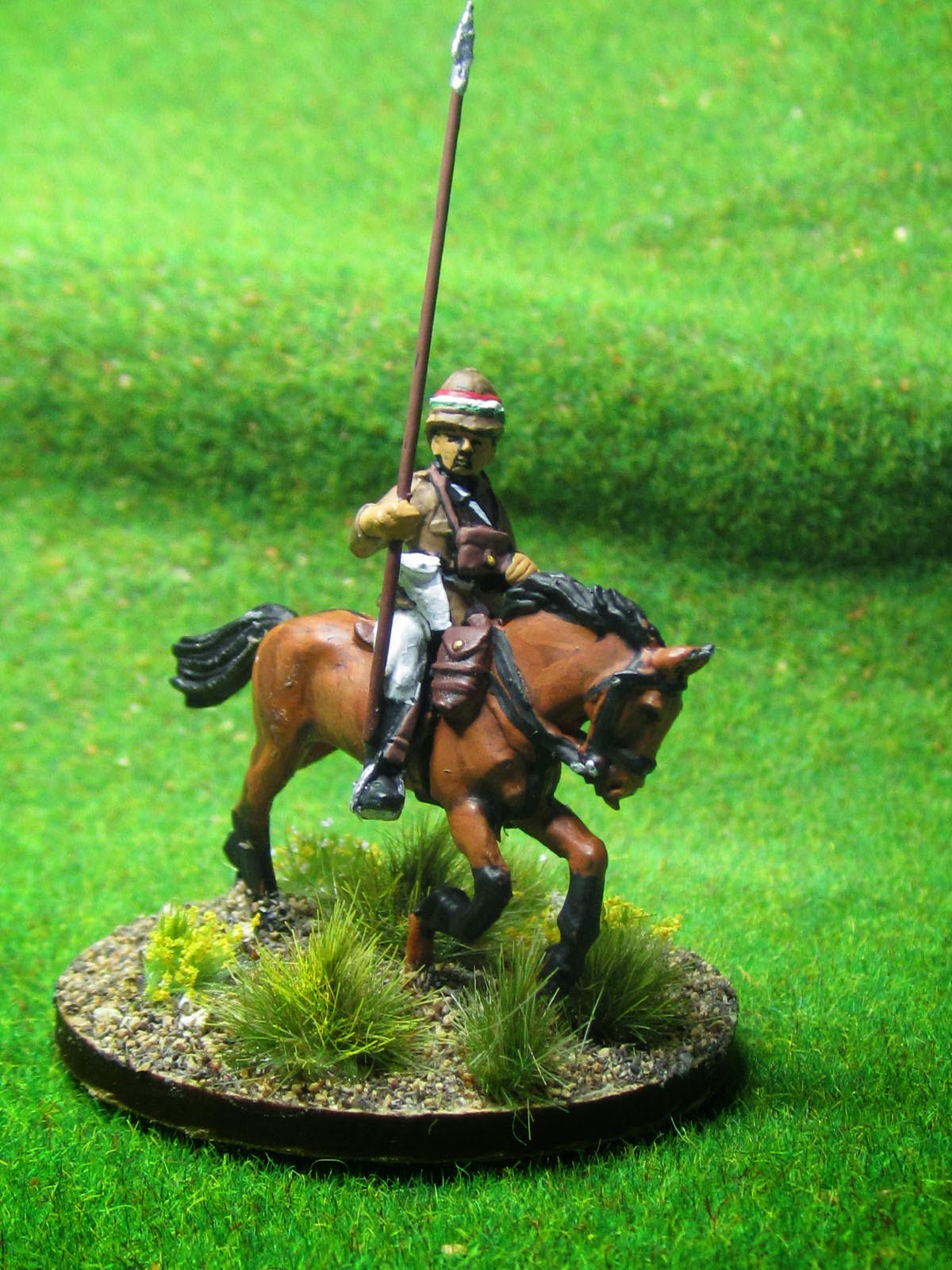 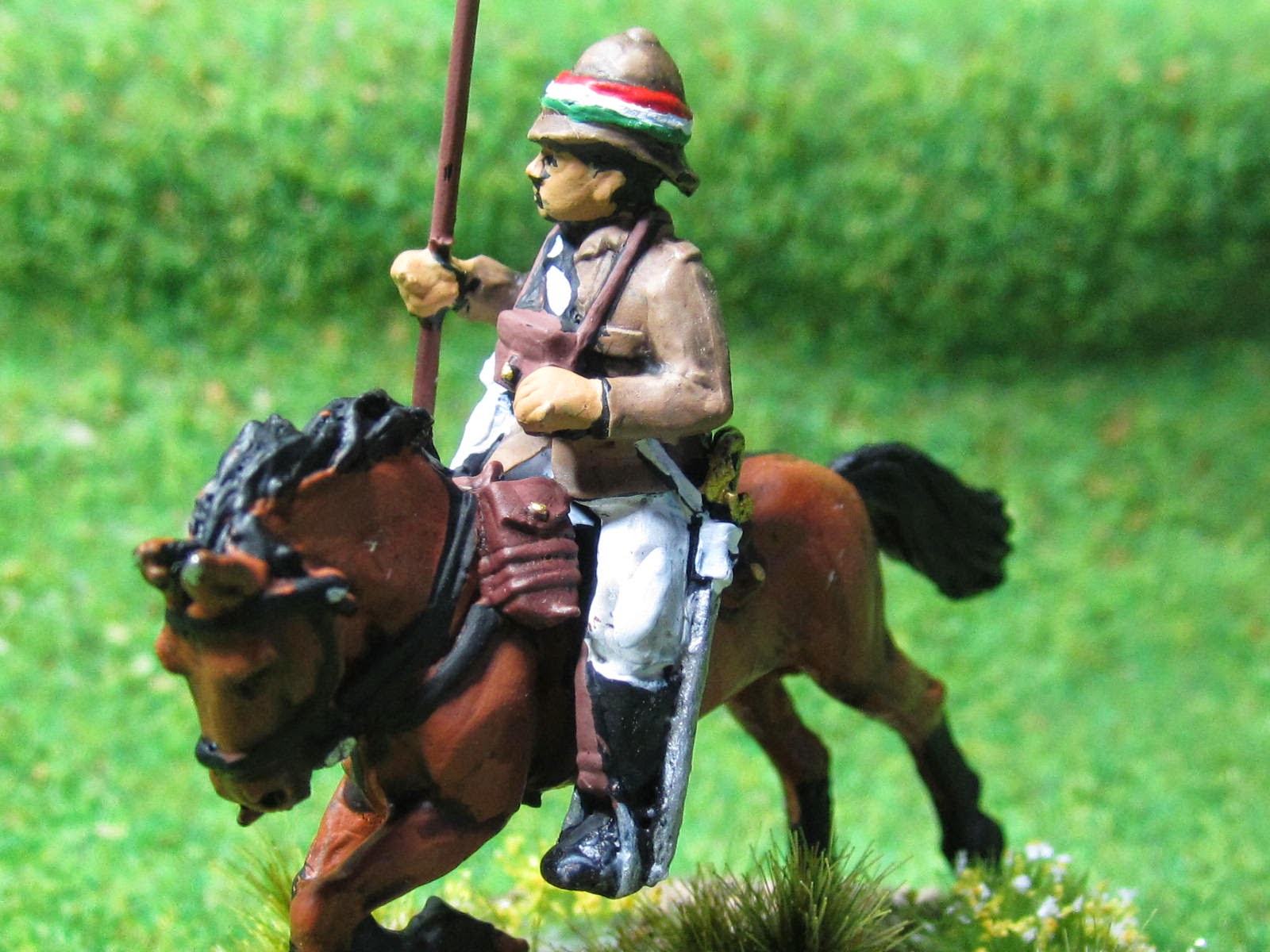 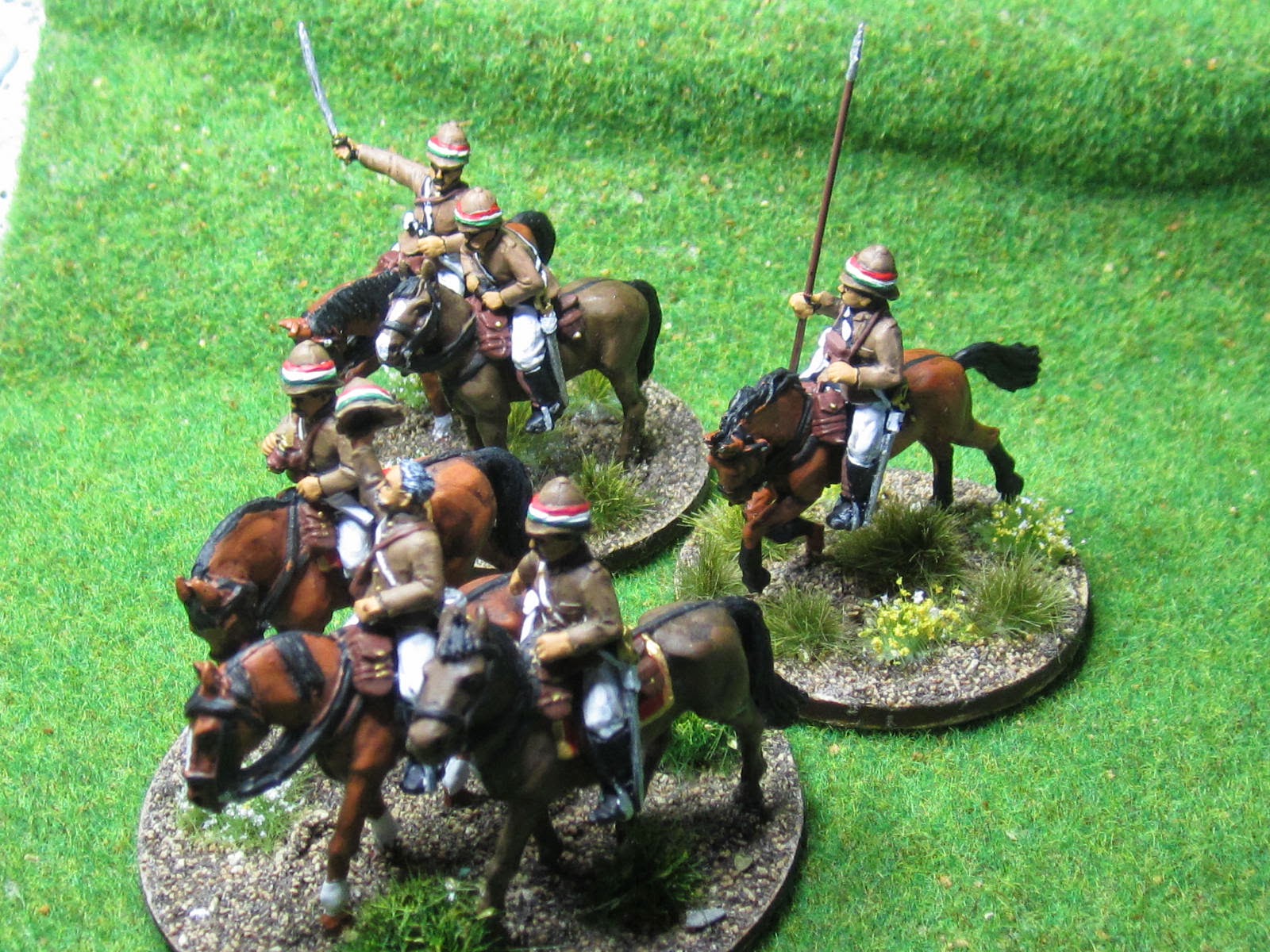 The main command base of my character General Diaz.
Posted by Ken at 18:24