Another unit for my Lion Rampant force. I painted these up as the retinue of the Duke of Lorraine, and are probably more uniform than they would be in actual life. I may be wrong but I don't think such livery became the norm until much later. The flag by Maverick Models and is quite distinctive compared with the others in my collection (all are some form of fleur-de-lise) . I did highlight these figures but this has not come out well in the pics. 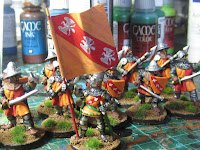 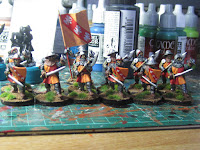 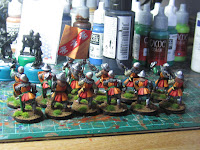