After I finished my last batch of 10mm figures I just totally lost the urge to paint. I didn't stop posting on blogs etc and looking at things Napoleonic, I just didn't lift a brush for over two months. I made a mistake going to 10mm, at the end of the day you just can't beat nicely proportioned and sculpted 18mm figures.

Anyway,before I got the urge to try 10mm I had finished two command stands. One you may recognise from previous posts as it had Marshal Grouchy on it. However, I felt three figures was a bit much for one stand so I removed him. He will get his own ADC later. 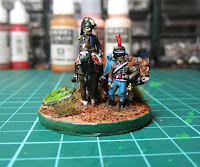 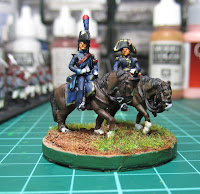 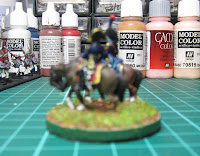 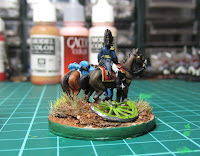