Completed the 42nd highlanders, these took just over a week to do and there was a lot of detail to these AB figures. In fact for the same amount of time I completed six battalions of french great coated infantry! This is a 24 man battalion  with the centre companies on two 8-man stands and the flank companies on two 4-man stands. Not to scale I know but....anyway flags are by GMB.

Viewing them on the blog has shown up some mistakes such as the officers bonnet where I've been a bit messy with the brush, guess I'll have to touch these up!  WIP includes some french infantry commands, prussian hussars and four more battalions of Brits. 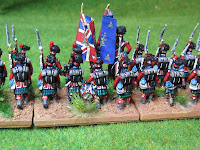 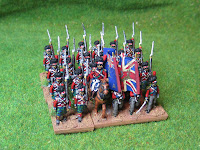 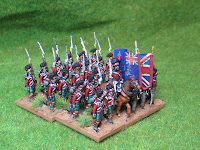 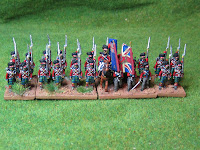 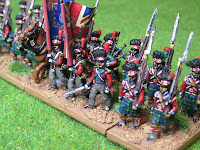