The commands are a mixture of Warmodelling and Old Glory - all of the ensigns are WM as I ran out of OG. In fact in order to make three units of 24 miniatures I had to use up the spare drummers and 'enthusiastic infantry' from the OG command pack.

The Orange flag is the Moscow inspection, the blueish flag is the Livonia inspection and the yellow/red flag is the Tarnopol regiment. By my calculations I now have eight units of Russian line infantry which is the number of brigades fielded by the Russians at Brienne - the first battle of 1814.

I'm planning on painting up some OG landwehr  cavalry as Cossacks, I bought these years ago but was so disappointed by the size difference between the AB & WM cavalry figures that they languished in their drawer. However, they should make reasonable Cossacks with their caps, lances and overcoats. 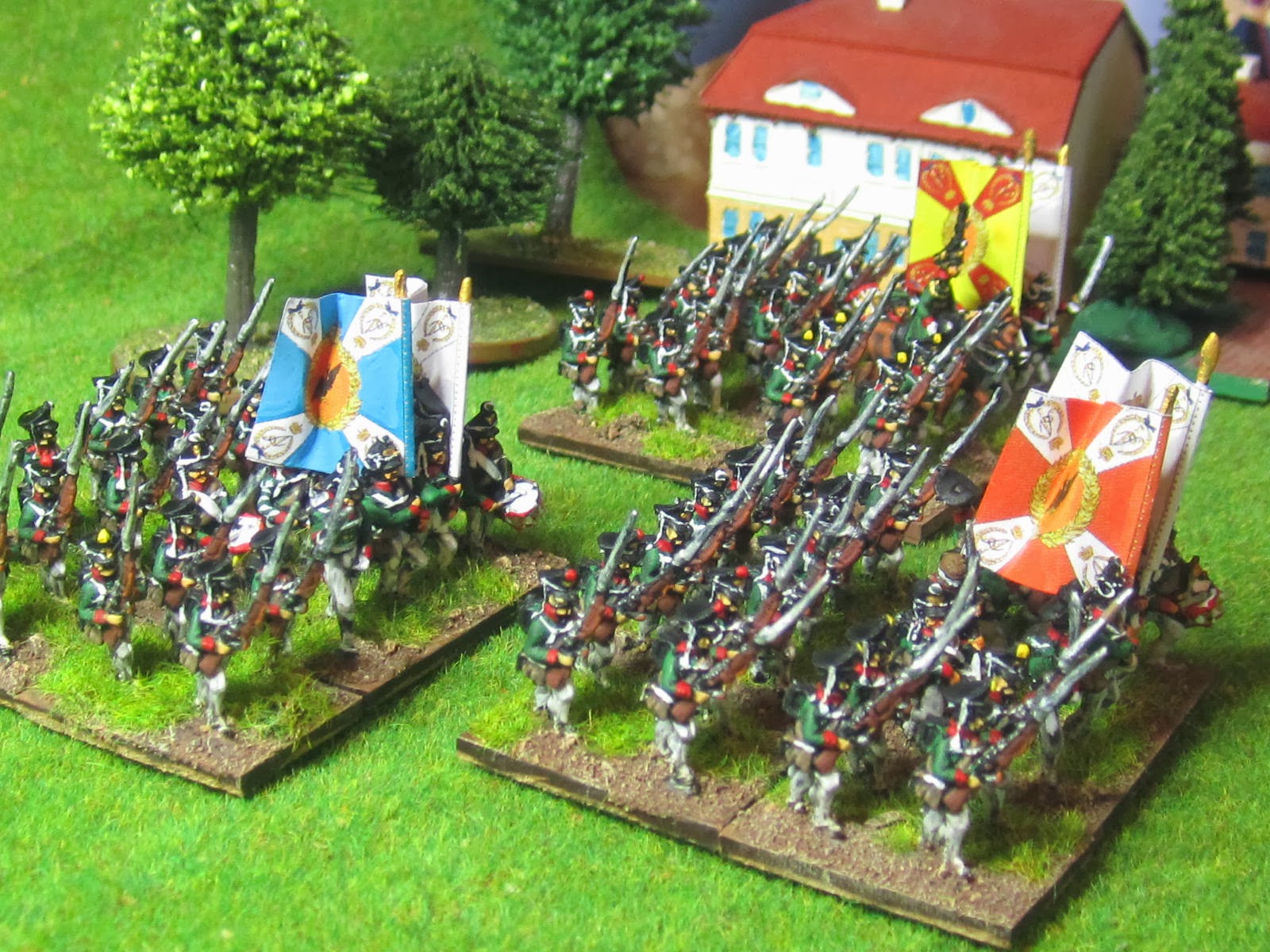 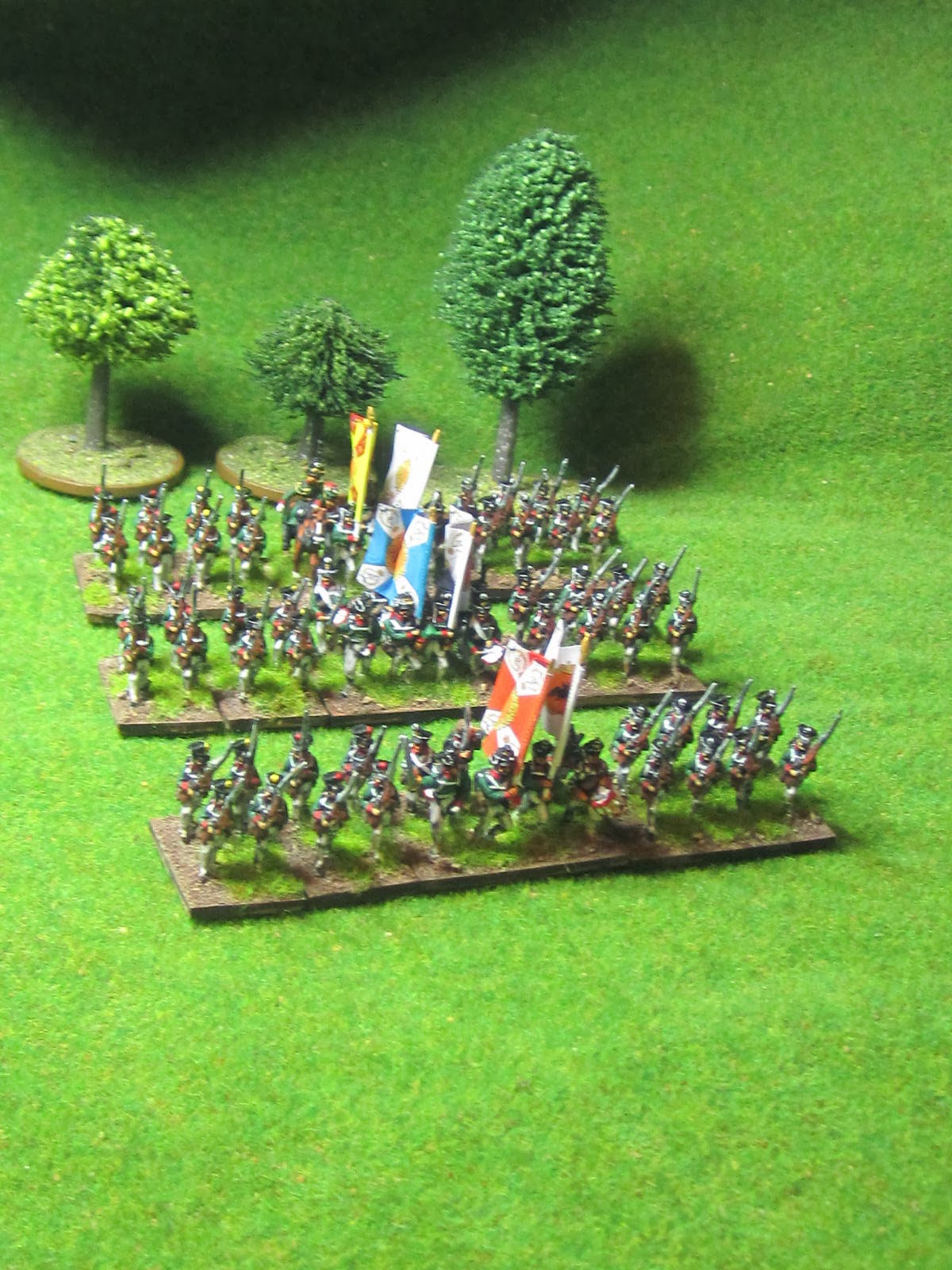 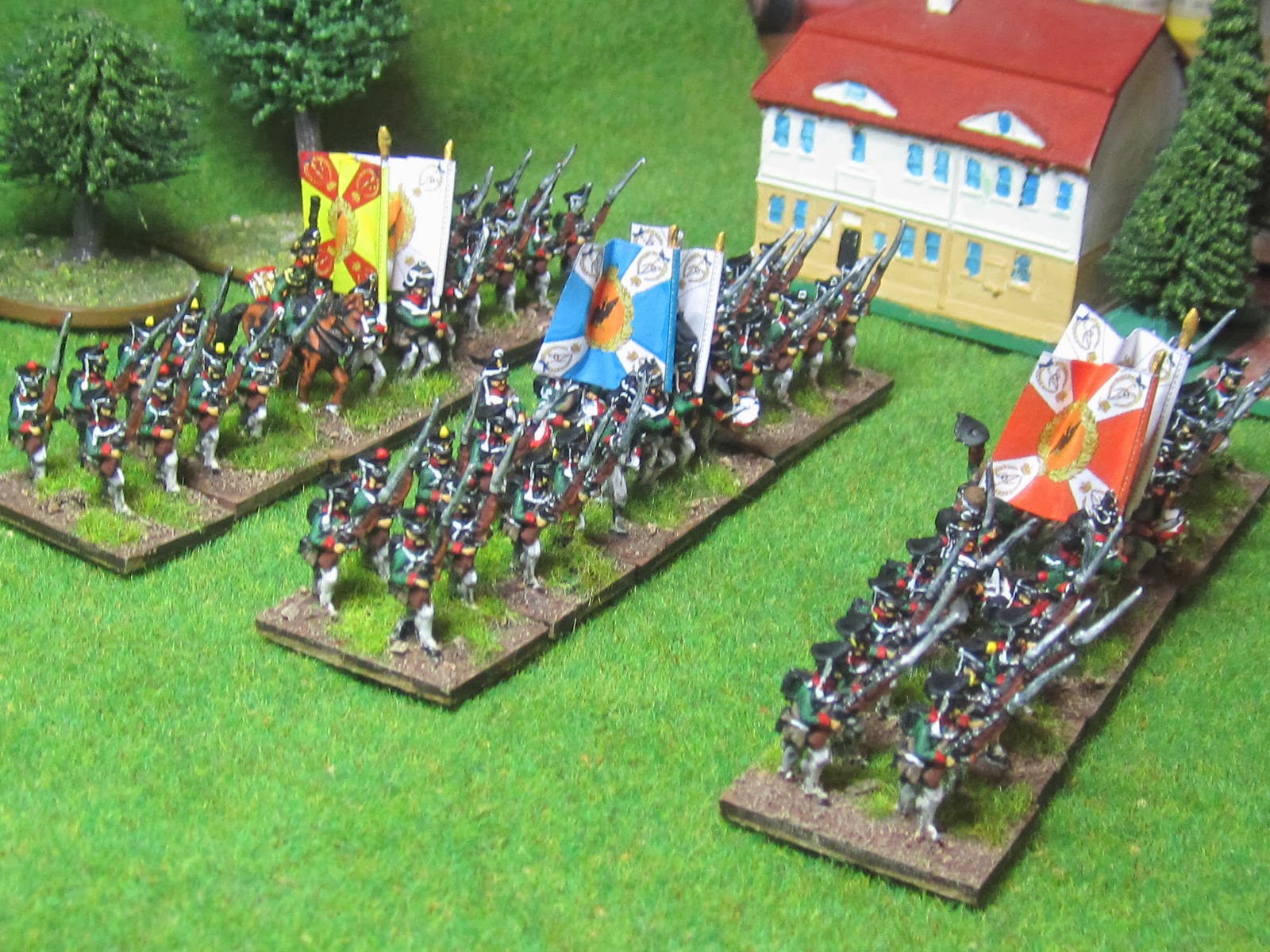 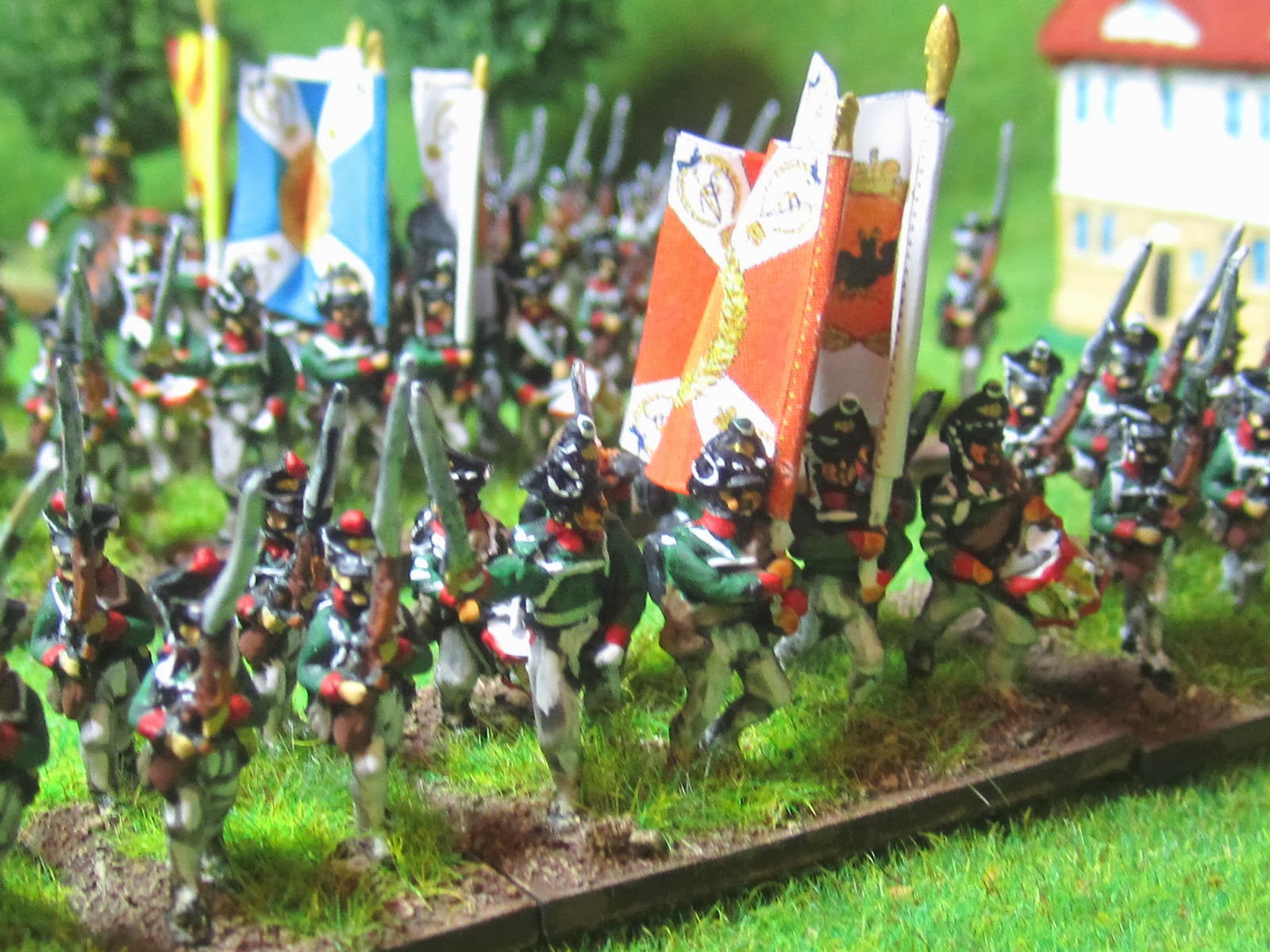 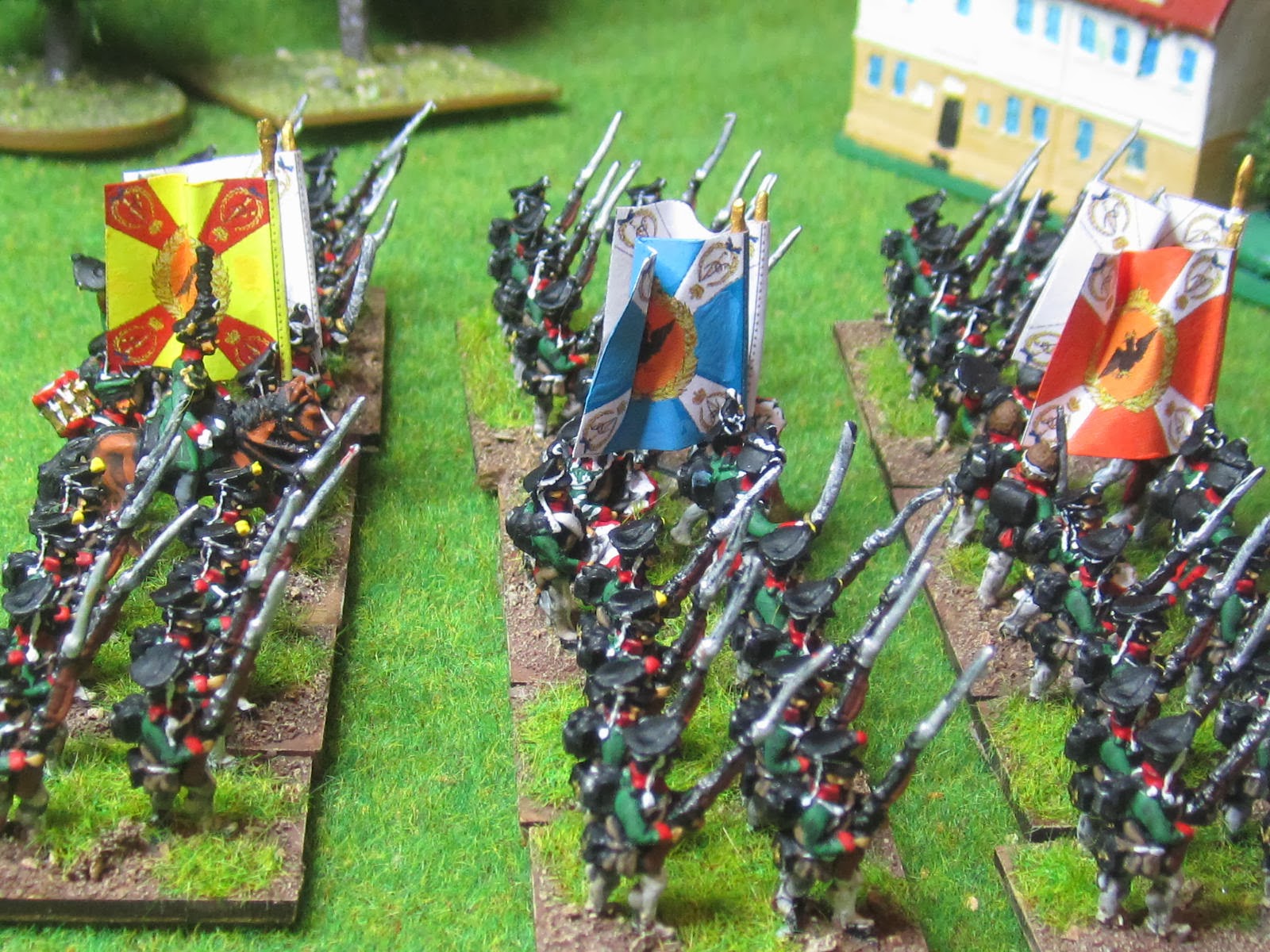