I bought a load of Blue Moon Russian Grenadiers and of course the most famous of the Grenadiers were the Pavlov's with their distinctive Mitre headgear. These painted up easily enough, my only criticism is that the scuplting of the legs is not so good. Their legs appear to blend together, had I been a bit more skilled with the brush I could have painted in some lines. I've also got two units of Blue Moon Hungarian grenadiers, so perhaps these may be next. I intend alternating Austrian units with other nationalities to avoid 'snow blindness'! NOTE: I had to cut off all the flag staffs of the Blue Moon figures - not so much the thickness of the poles was at fault but rather they were a bit short for the flags (by Maverick models) and replaced them with 28mm metal spears from North Star. 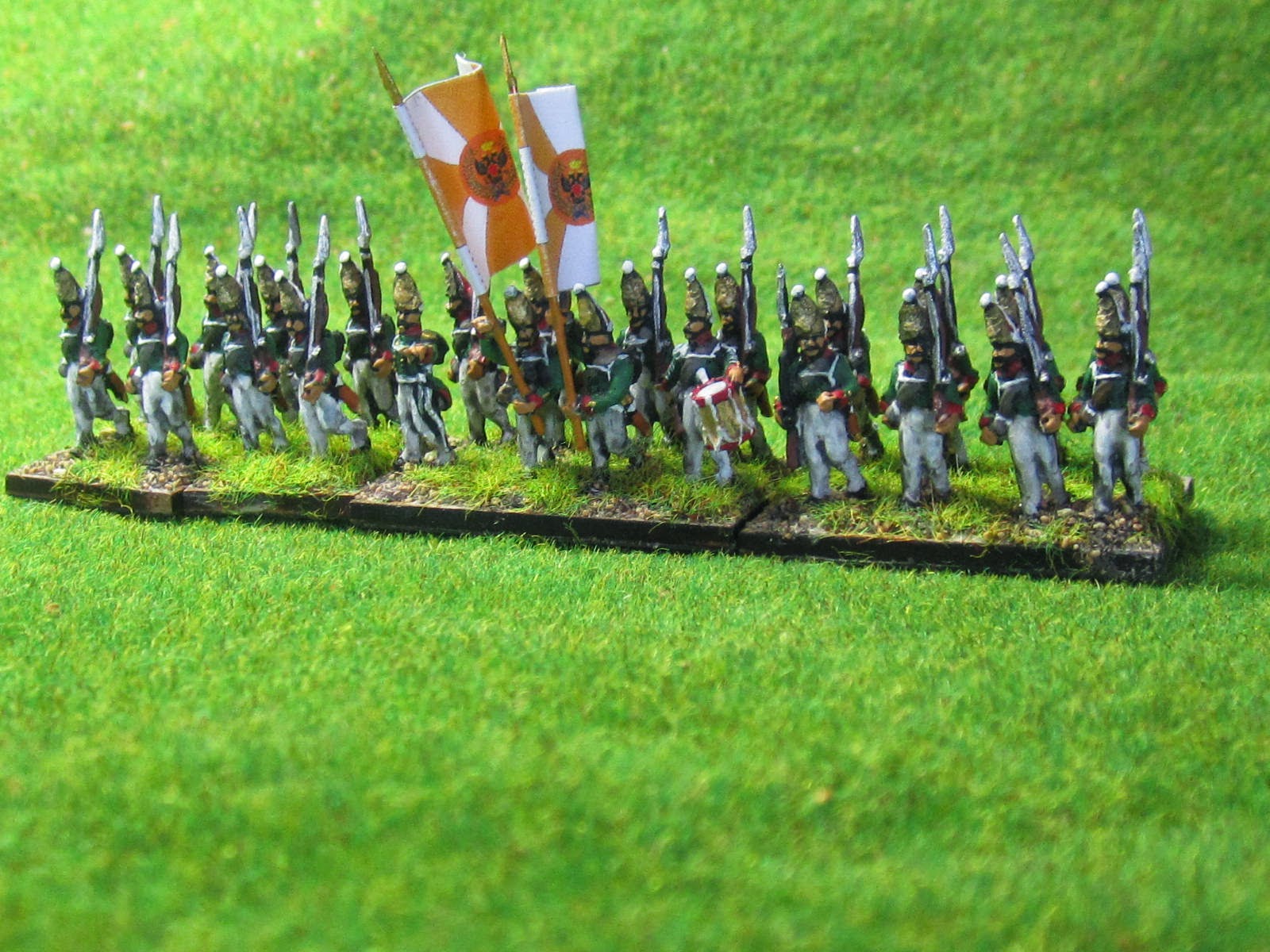 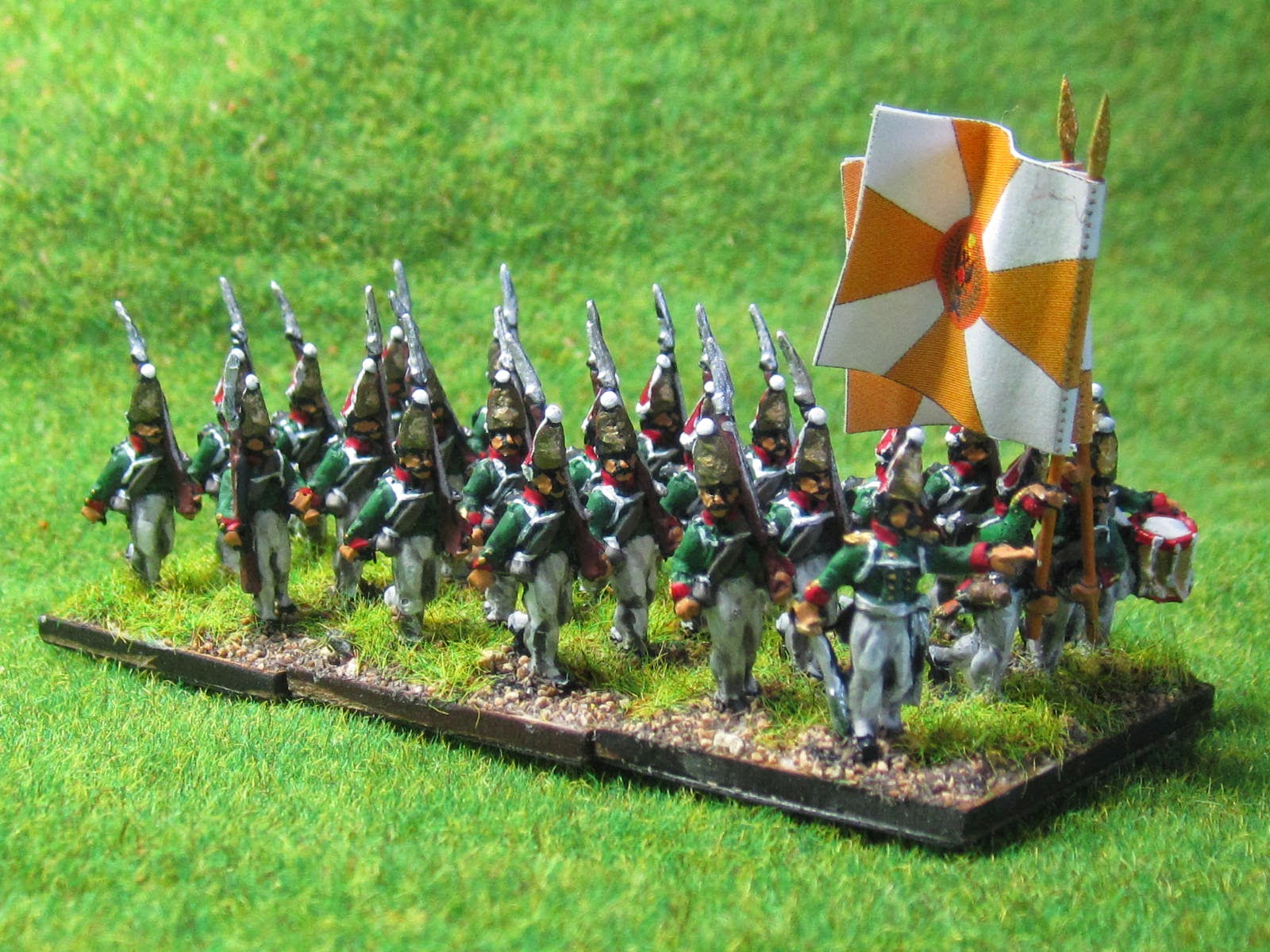 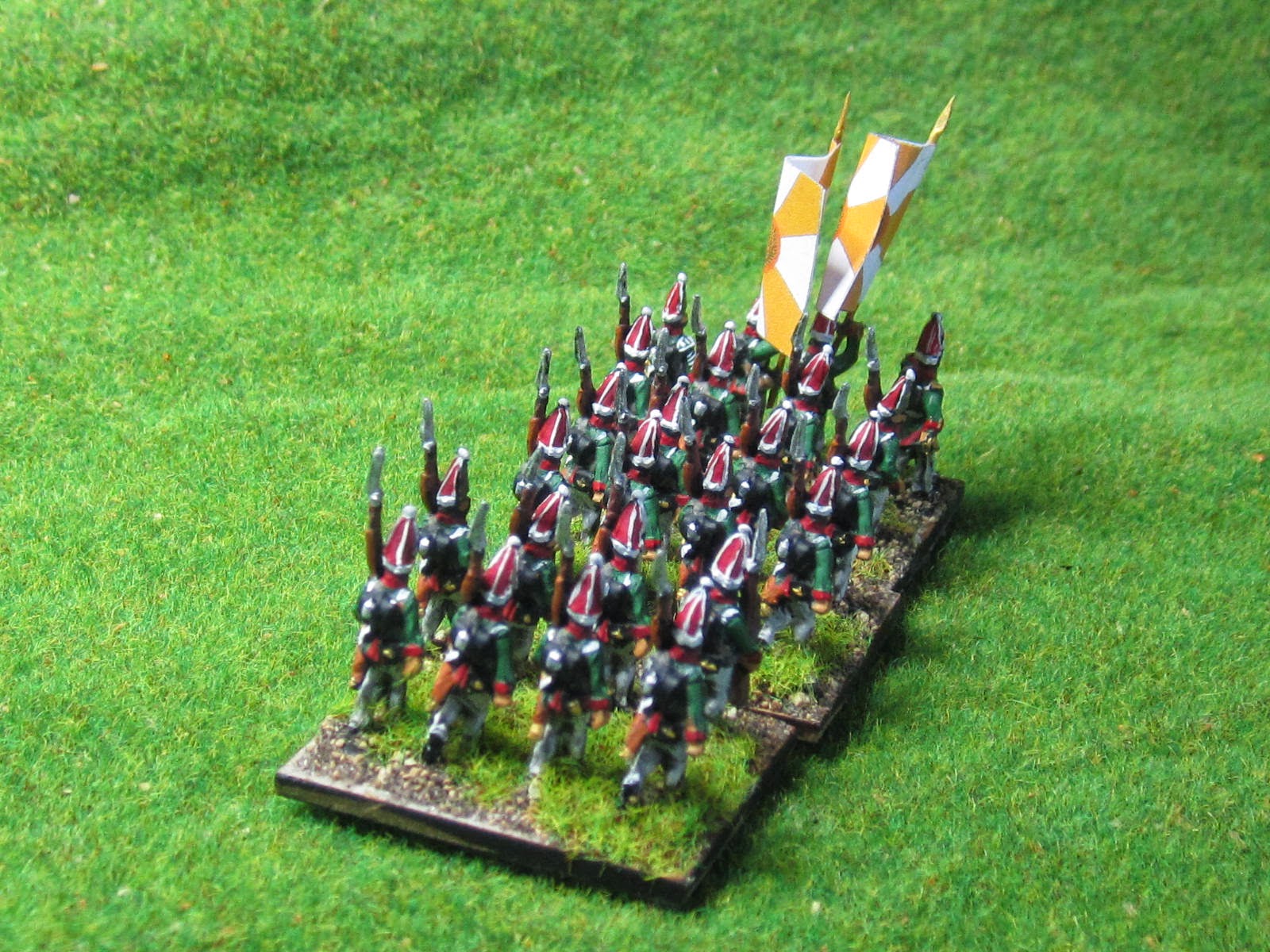 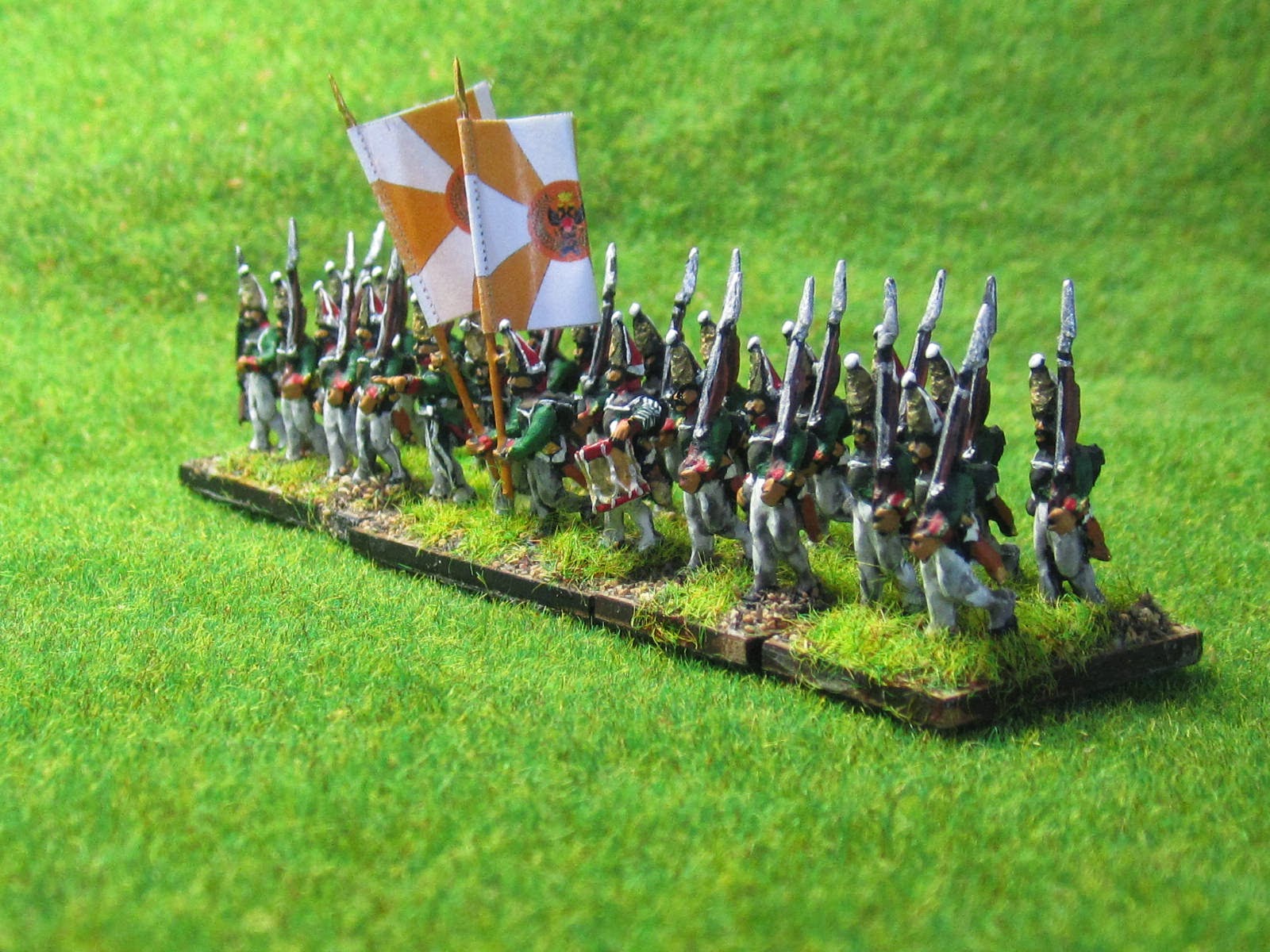 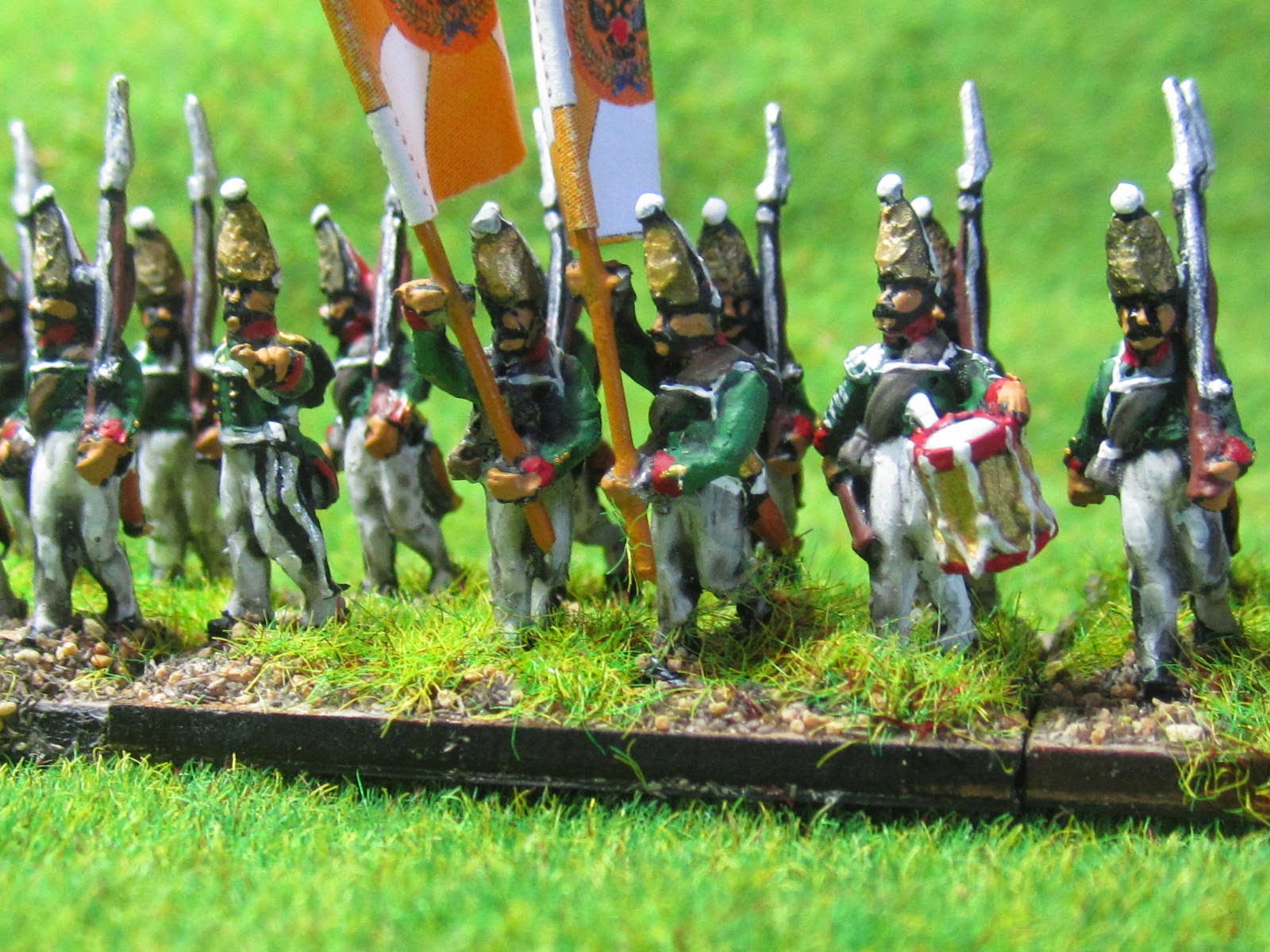