Hungarian grenadiers to be precise. Again, the original flagpoles were removed and a new 28mm spear added. I couldn't tell from the web what the drum colour ought to be so I gave it the same colour as their facings. Now it appears that grenadiers battalions were formed by taking the grenadiers from three line infantry regiments so they could have up to three different facing colours! I gave these Hungarians a orangy/yellow colour so that makes them the Hann battalion. I didnt bother painting the two other facings which would be red and blue. The flag is by Maverick models and to make the grenadiers more distinctive I gave it the white (liebfanne) flag. This has the Austrian eagle on one side and the virgin Mary on the other. I also painted the back of the bearskin in the facing colour, I understand that this was changed to yellow for all units. 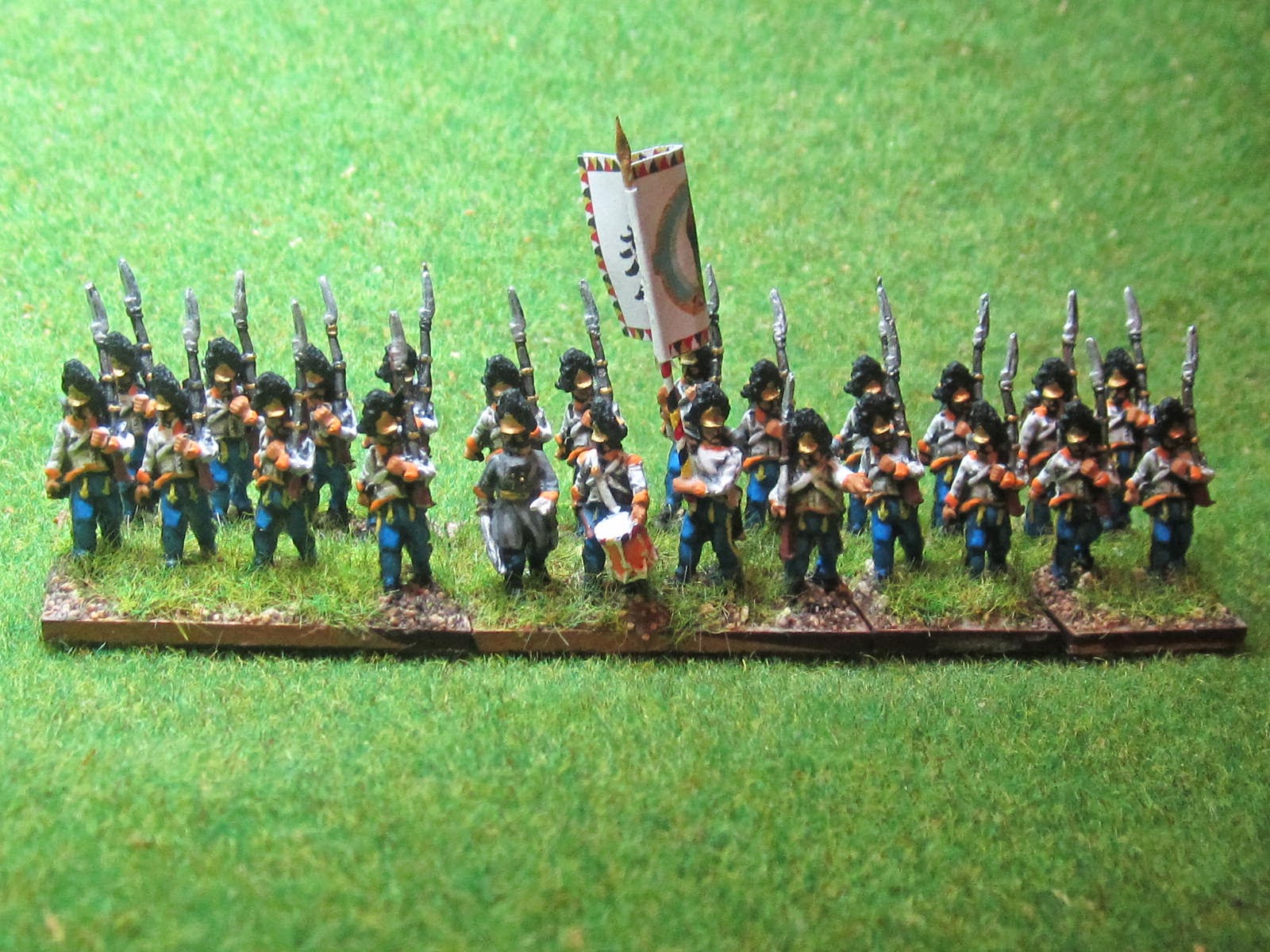 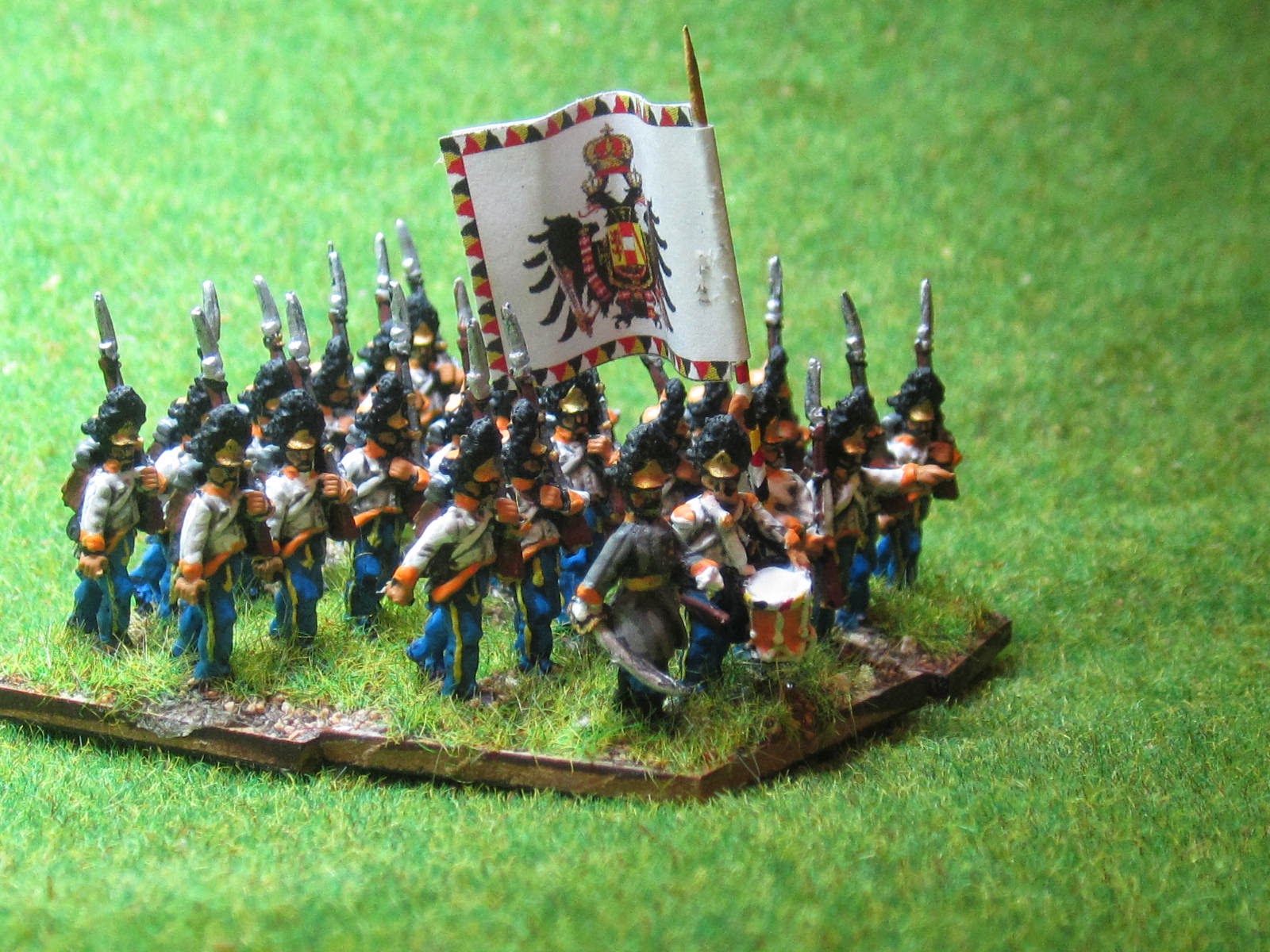 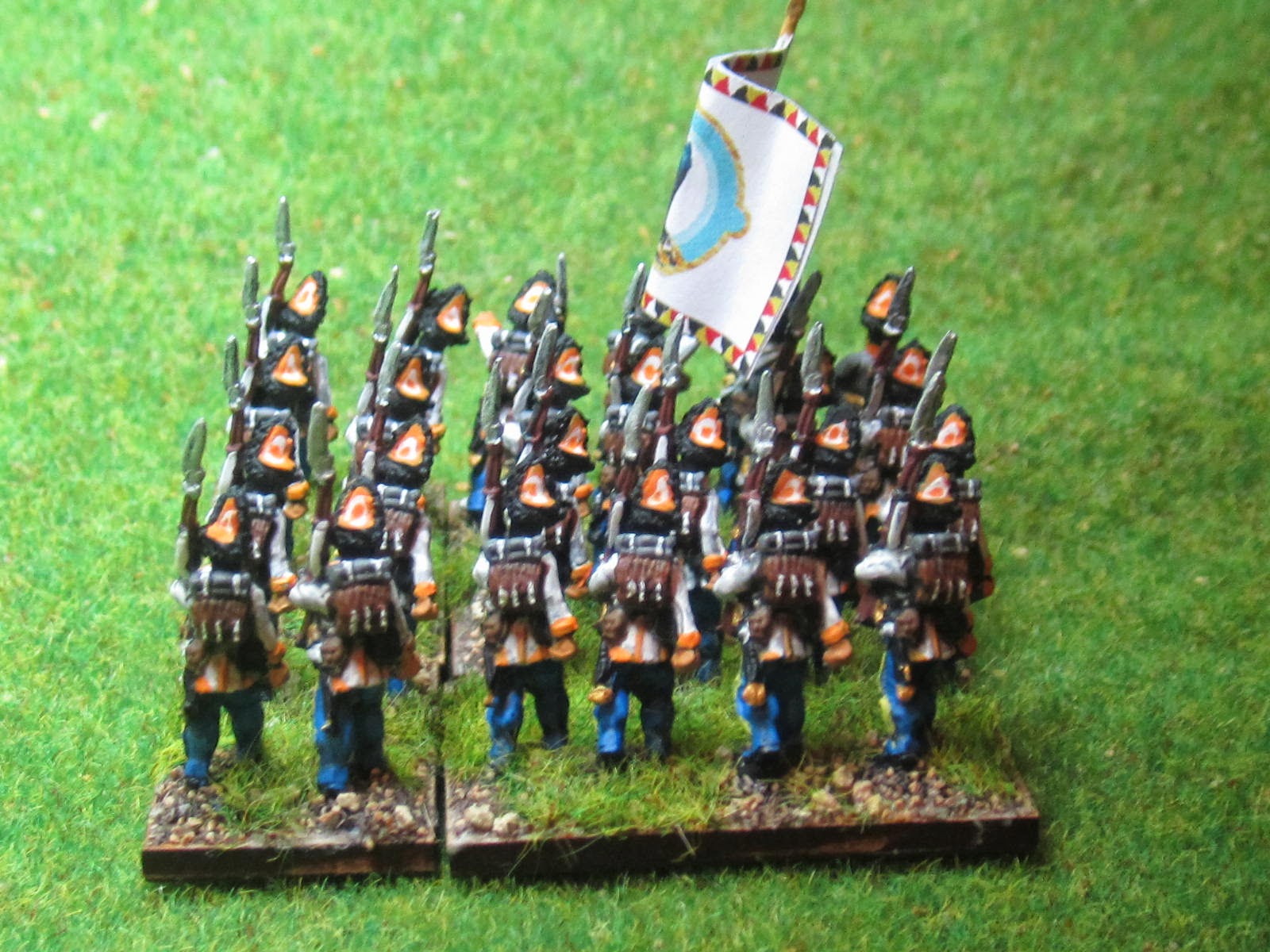 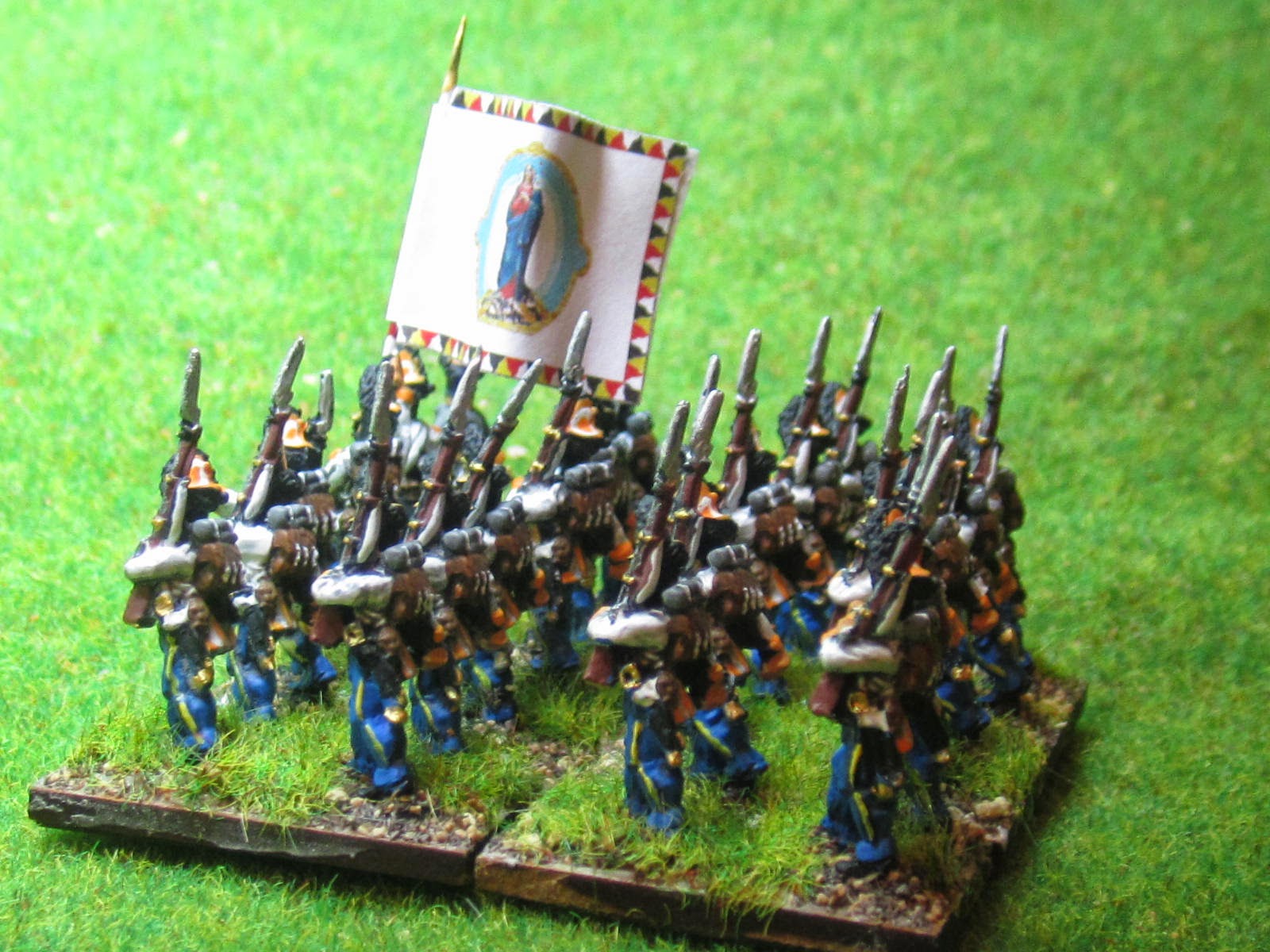 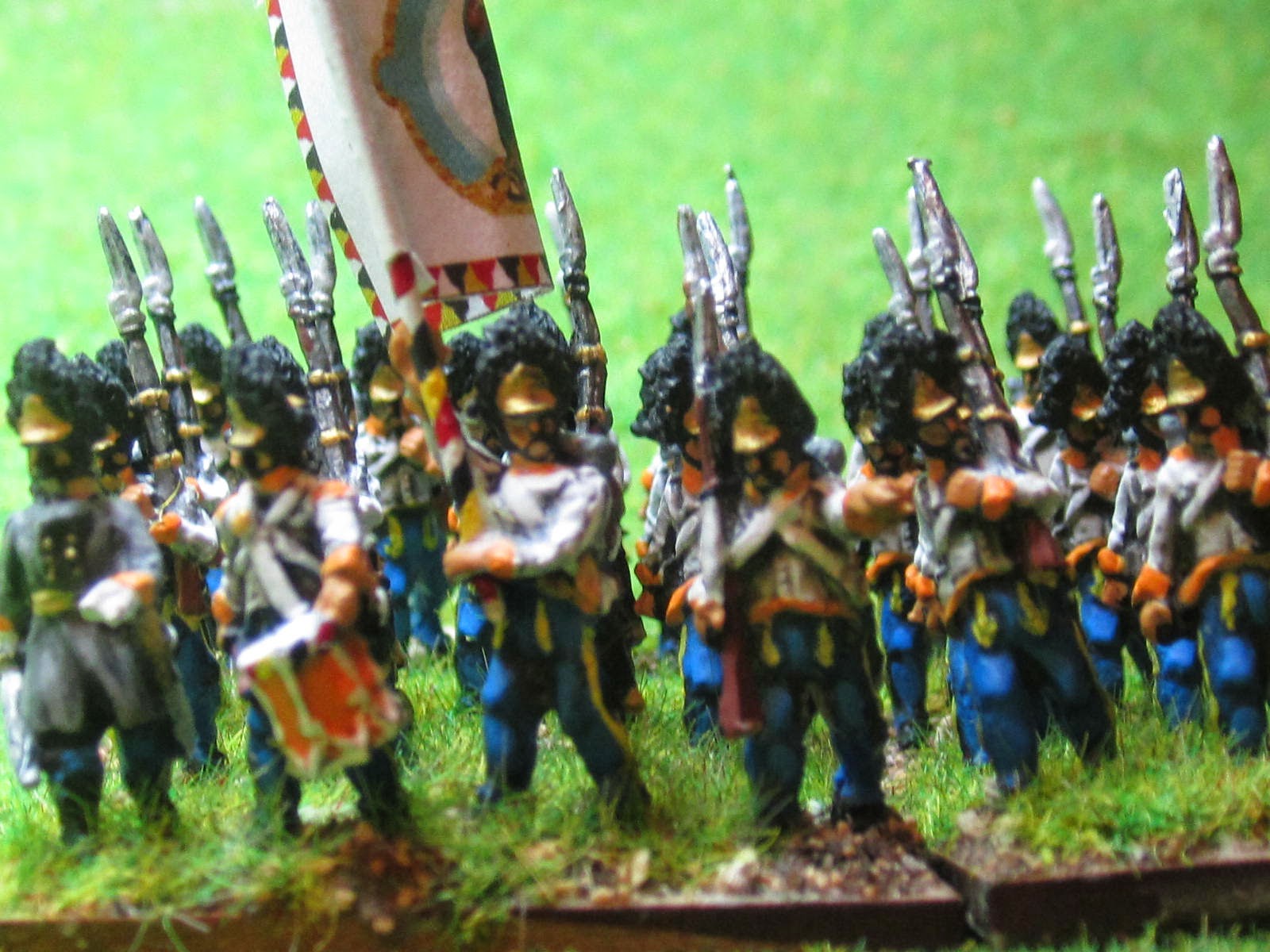